Three members from very different backgrounds introduced themselves to the club in our ongoing series which aims at members getting to know each other a bit better, something that has been much needed during the Covid times of the past almost two years and the enforced isolation it brought.

This series of short talks has proved to be very popular and clearly serves a positive purpose. 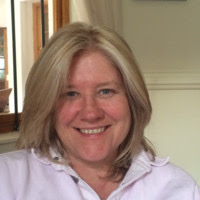 Sarah de La Pasture told how she had left her country of birth, Uganda, with her parents after the then dictator-clown, Idi Amin, started to expropriate the Indian section of the Ugandan economy and kicked Indian citizens out of the country.

"Experiencing the breakdown and living in fear had a profound effect on me," she said.

The family moved to South Africa where she attended Rhodes University in what was then Grahamstown, graduating in 1985.

She said she could see South Africa going the same way as many other African countries and moved to England, but came back with her then husband after 20 years.

She then did a BA degree in neuropsychology at the University of the Witwatersrand.

About two years ago she met Karlien Kruger who told her all about Rotary and persuaded her to visit New Dawn. She joined in April 2000.

"It was the fellowship and the quiet power of Rotary with not a lot of self-aggrandisement that attracted me to the organisation," she said. 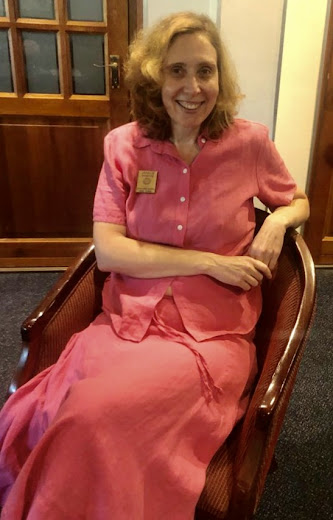 Janice Angove at the meeting

Janice Angove grew up on the East Rand where her mother is still a Rotary Ann at the Rotary Club of Boksburg Lake. Both her parents joined Rotary when she was only 6 years old.

She studied psychology at Wits University before completing a teaching diploma. She taught in London for a spell before returning to South Africa, where she went back to Wits for a degree in actuarial science. She lectures there now and does consulting work and is involved in training.

Janice says she loves wildlife and has her own Big 5 wish list of animals and birds she wants to see: Gorillas (which she has seen), a polar bear, a flock of flamingoes, a puffin and an orca.

She joined Rotary because "there are lots of people out there who are looking for a place to give back and for me that place is Rotary". 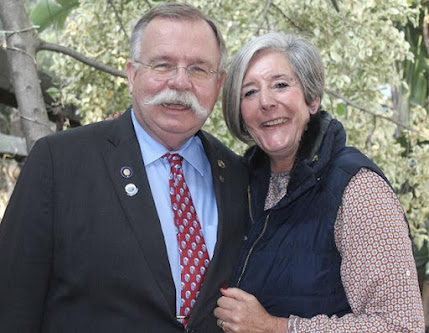 Jankees Sligcher is a founding member of the Rotary Club of Johannesburg New Dawn. He was the first member to serve two terms as president and so far the only member to become District Governor.

Jankees says he was born and grew up in Holland and is a proud Dutchman. His father was a farmer and sent him to an agricultural college, where he ended up with a degree in intensive animal husbandry. He says agriculture and nature have always been close to his heart.

His first job was in Hillcrest in Natal, where he gained an interest in chicken hatcheries, followed by a spell in the Middle East where, amongst other things, he built a hatchery for Colonel Muammar Gaddafi.

In 1984 he returned to South Africa working with the sale and supply of products for poultry farming. He and his son, Adriaen, work together all over Africa and both travel extensively to many countries on the continent.

Jankees uses the opportunity to visit Rotary clubs wherever he goes to network in true Rotary fashion.

"Besides being a Dutchman, I am an African in my heart," he said.

Jankees is passionate about the Rotary Foundation and about membership. "I want to help create true Rotarians, not just members," he told the club.

After the talks President Ian Widdop announced that he had asked Sarah to be interim president for December/January and Karen Harkema for February. Both have agreed to run the meetings during those months.

There'll only be one meeting in December, on Wednesday, 1 December. The meeting on 8 December will be replaced by the picnic at Marks Park, which we've scheduled to start at 4pm.

Meetings will resume on Wednesday, 12 January in the new year.

A Thought for the Week: An ounce of mother is worth a pound of clergy. - Spanish proverb