A Visit to Copessa in Soweto

New Dawn outings are always fun and the visit to Copessa on Wednesday was no exception. A group of about 20 Rotarians and friends braved the trip to Protea Glen in Soweto to experience at first hand the work being done there.

As with Donate a Loo, the focus is now fully on applying for global grants for these two worthy causes, before the end of the year if at all possible. 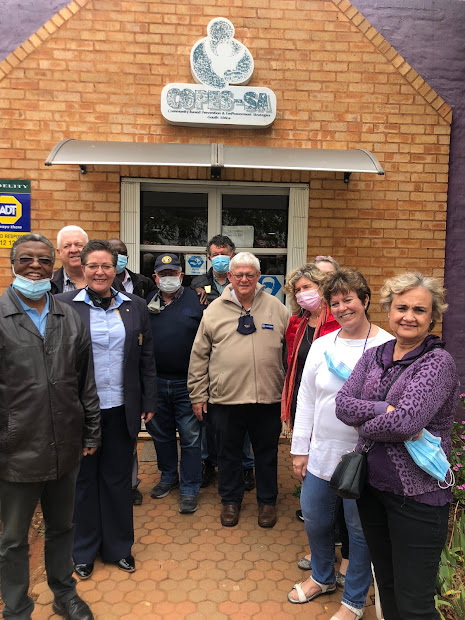 The visiting group in front of the Copessa offices

A committee is being set up for each of the projects and Carol Stier will oversee the writing of the global grant application for Copessa, with Julian Nagy in the same role for Donate a Loo. The champions of the two causes, chiefly Helene Bramwell and Adele Dabbs for Donate a Loo and Karlien Kruger and Gavin Atkins for Copessa, will also be involved.

The purpose of the visit to Soweto was to try to get to grips with what exactly the global grant application should be aimed at. What do Copessa need funding for most of all and why? 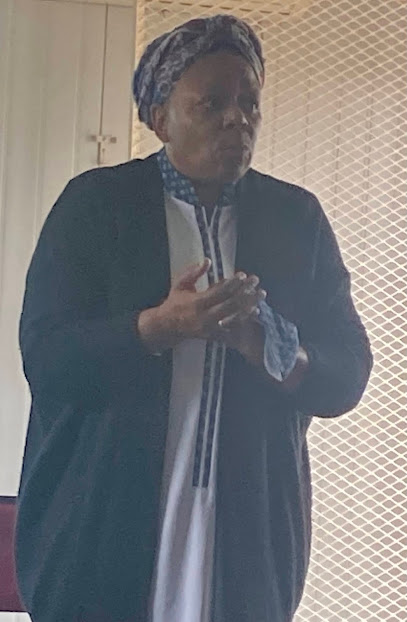 Dr Nobs Mwanda, CEO of Copessa, motivated a skateboard park, built by the community as a place to attract young people, especially young boys, where they can be engaged on the ills of child abuse and gender based violence on their own level and where they can be taught useful skills in the construction of the park. And hopefully where future Olympian skateboarders are fostered.

The skateboard park would be on a part of a piece of land over the road from the Copessa offices in Protea Glen, one of the more modern suburbs of Soweto. The whole piece of land could also be developed further for the community, Dr Nobs said. 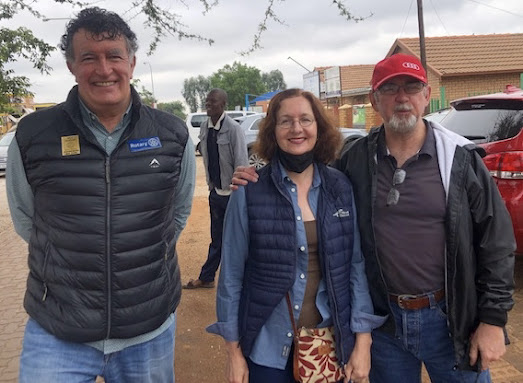 Ian Widdop with Gavin and Stefania Atkins in Soweto

This land is also close to the Protea Glen Primary School, where Copessa already runs a successful vegetable garden.

Dr Nobs said there is a lack of safe places for kids to play and teenage boys with whom Copessa is in contact are very keen on getting involved in building a skateboard park. Skateboarding featured in the Summer Olympic Games in Tokyo in July for the first time and is gaining in popularity all over the world. She pointed out that skateboard parks have been used successfully in many parts of the world such as India and the USA in poverty stricken areas. 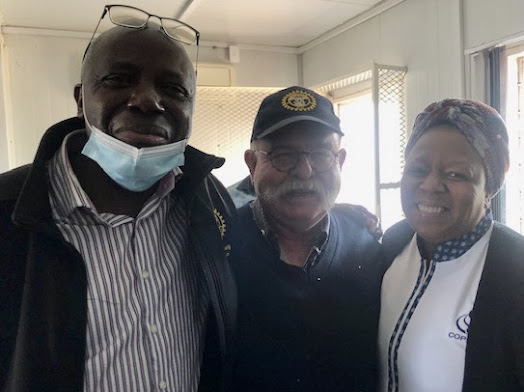 A similar project was recently undertaken by the Rotary Club of Hout Bay in the shanty town there.

Dr Nobs said a skateboard park would be a vehicle they could use to change behaviour (including drugs and alcohol abuse) by involving the community.

"We're asking you to plant a seed. They (the children) will help it to germinate and grow," she said. 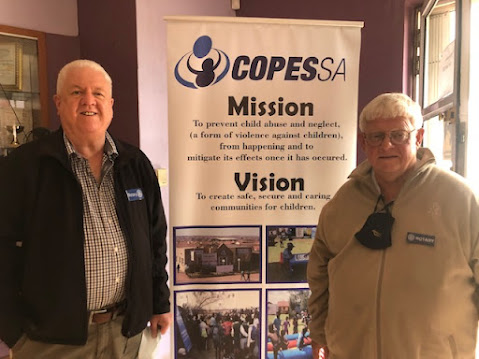 Graham Donet and me at the Coppessa offices

She emphasised throughout that Copessa is not looking for a handout to build the facility, but a partner to join them in the process of establishing a viable safe place for victims and potential victims of abuse and family based violence; and a teaching place where such behaviour can be prevented and the cycle of violence broken.

The visit marked the last of the October meetings over which I presided and PDG Jankees Sligcher will take over in running the meetings in November.

That means that the year is now rapidly drawing to a close, with only one meeting scheduled for December.

The second Wednesday in December is on 8 December and Marks Park has agreed to host us for a Christmas picnic on that date, as we did last year.

They will allow us to bring our own picnic baskets and use the verandah and the lawn in front of it, but all drinks must be bought from the bar. We had a raffle and auction last year and no doubt there'll be more of the same this year, but please come with more ideas to make it a fun afternoon/evening and a fitting end to a great Rotary year.

A Thought for the Week: Give neither counsel nor salt till you are asked for it. - Italian proverb