The Election in a Nutshell

In introducing Barnard Beukman, editor of Beeld, as speaker at the meeting this week, I laid down a challenge: what was the result of the local government election on 1 November?

That is of course an almost impossible question to answer beyond the cold, hard figures of both the main parties, the ANC and the DA, shedding votes left, right and centre (excuse the political pun).

Barnard is known as a very informed and very level headed political commentator and he replied by analysing those cold, hard figures and then describing possible party political trends for the near future as well as more long-term future of the country. 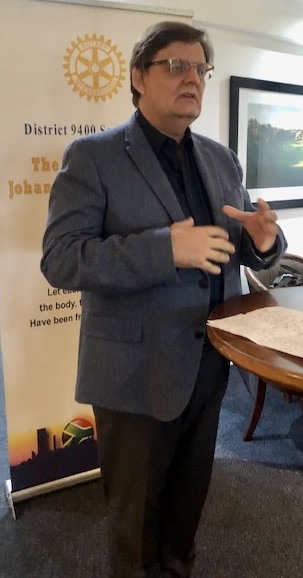 The ANC, he said, is gutted by the election results, having for the first time ever been pushed below 50% of the total votes. The voter turnout of a mere 46% did them no favours.  Polls before the election showed them what's coming their way, but the final result still came as a huge shock to them.

President Cyril Ramaphosa has a high personal rating (of about 63%) and the ANC was hoping that would translate into support and voters for the party if he campaigned intensely for them, as he did in the last two weeks before the election. It didn't happen.

Both the ANC and the DA, despite still being the two biggest parties, were the biggest losers. 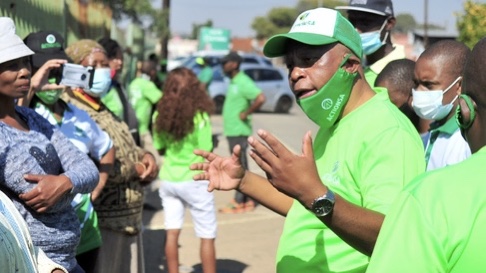 Herman Mashaba's Action SA was the only party that could take black votes from the ANC, most notably in Soweto and other townships in and around Johannesburg and Pretoria. The problem for the party is that it is dominated by one person and not much is known about the quality of the people around him. Mashaba will have to show that he has competent people around him if he wants to grow. Word from the boardrooms and meeting places where negotiations about coalitions is ongoing, is that this is definitely not the case yet.

ANC voters stayed away in droves to punish the party, said Beukman and will do so again if they don't get the country out of the present mess before the general elections in two years' time.

"They need to deliver, they can't do it with endless conferences, talk shows and so on. They need competent people with the right qualifications."

"Service delivery has been a blight in outlying areas for many years, but in the last two years the lack of delivery has moved to the cities. That was the main theme of the election. A secondary issue is ongoing corruption. If the ANC doesn't have a proper clean-out within the next few months, they'll fail." 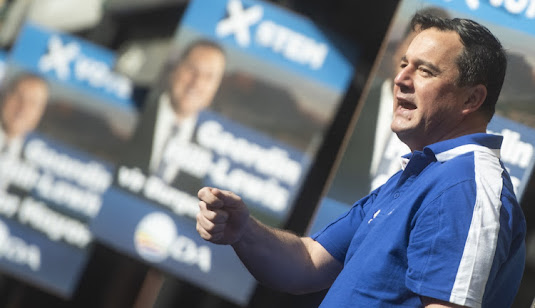 The DA sort of survived, but their message got blurred and word has it that infighting amongst factions, notably the English speaking whites, the Afrikaans speaking coloureds and whites and the black component, is becoming a big problem. Their culture of attacking everyone and everything all the time, appeals to some, but puts many potential voters off.

The DA leader, John Steenhuisen, lacks the X-factor, according to leading political commentator Tim du Plessis. The DA desperately needs a message that appeals to the majority of voters.

There is a worldwide tendency towards governments with elements of the centre, right of centre and a bit left of centre and the DA should be able to capitalise on this. It is telling that the ANC and EFF together couldn't muster 50% of the votes. 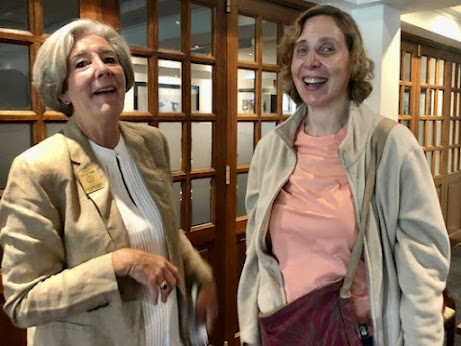 Judy Sligcher and Janice Angove at the meeting

As for the coalition talks at the moment, he predicted that the DA, with Action SA, VF+ and smaller parties, would be able to form a governing coalition in Tshwane. The situation in Johannesburg is more complex and neither the DA nor the ANC/EFF would easily be able to form a coalition.

The options are a minority government by the ANC that would have to negotiate with smaller parties for every decision they try to make; that coalition talks stall and another election is called within 90 days, where the ANC could do even worse; or where a shared executive committee, with the mayor as a member and not an executive mayor, is formed. The parties govern together, in other words.

Regulations around executive mayors would have to be changed in the big metropolitan areas for this to happen. 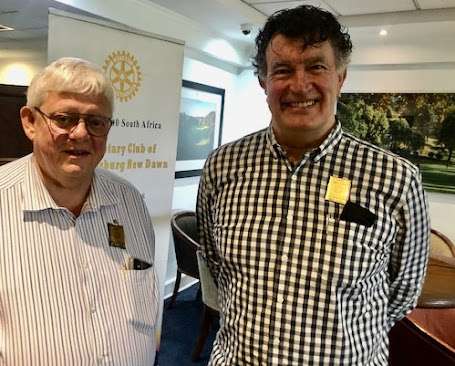 He pointed out that this is the third time that voters have rejected the EFF as a viable alternative, a sure sign that South African voters are, socially speaking, more conservative than previously realised. This could also be seen in the eventual lack of mass support for the looting and attempted uprising in July.

There is a growing realisation worldwide that governments cannot deliver all services any more and that citizens should be getting more involved through organisations such as Outa, Solidariteit and, yes, Rotary. 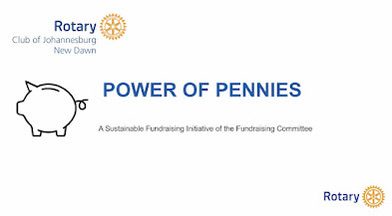 Recruiting for the Power of Pennies fundraising initiative, aimed mainly at helping the club pay our voluntary contributions to the Rotary Foundation every year (EREY, $100 from every Rotarian every year) has intensified and the first 20 people have already signed up.

The amount is R100 a month which can either be paid monthly, every four months, or annually. There will be a draw every four months and for the first draw, the prize has been guaranteed at R5000. You forfeit 10% of the winnings if you're not there in person for the draw.

The draw will be held towards the end of the evening at the annual Rotary New Dawn picnic on Wednesday, 8 December at Marks Park, the last meeting of the year, to allow more time to sign up new contributors.

The picnic is being held as a fundraising event (we netted about R20 000 for the club coffers last year) and entrance fee has been set at R100 per person, the same as last year. Those attending should preferably prepay the amount into the club account because you'll need your cash to buy raffle tickets for a first prize of a luxury Thrupps hamper. 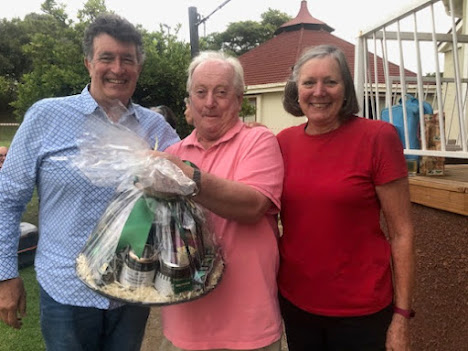 Errol Burman won the hamper last year. Here he is with Ian Widdop and Joan Donet

Each person must bring a wrapped gift worth no more than R100 for the pink elephant draw. All the gifts go under the Christmas tree and then every person attending can go and choose a gift for themselves. You're not allowed to choose the gift you brought!

Guests are allowed to bring their own food, but nothing liquid. The arrangement with Marks Park is that all soft drinks and alcohol must be obtained at their bar.

Go the extra mile in packing your hamper, because there will be a special prize for the best hamper. The judges will be looking at presentation, the array of picnic foods and of course the taste.

We'll try to get the musician from last year again, as he proved to be a great hit.

There'll also be an auction if we can find the right items for it.

A Thought for the Week: Lower your voice and strengthen your argument. - Lebanese proverb