Sweet Success for the Golf Day

It was records all round at the Johannesburg New Dawn Golf Day at the Wanderers on Friday and no doubt quite a few headaches the following morning too.

Yes, there were a few hiccups, but overall it was the most successful Golf Day New Dawn has ever had, not bad for a club without an overabundance of corporate contacts.

A full costing still has to be done, but total income was more than R150 000 and total payment to the Wanderers (for green fees, the halfway house meals and pizza supper) less than R50 000, in other words across the board about R30 000 more than our previous best Golf Day at the end of 2019, before Covid. 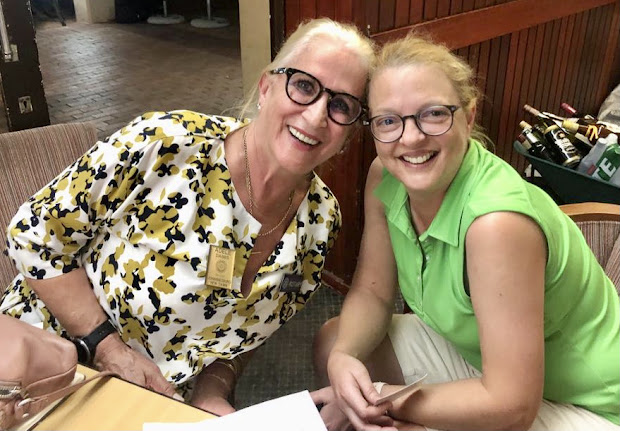 Adele Dabbs with the raffle winner, Hanlie Jacobs, who won a week at Adele's fabulous beach house in St Francis

There were many winners on the day, not the least of them Hanlie Jacobs, who won the raffle prize of a week for eight people in Adele Dabbs's beach house in St Francis Bay in the Eastern Cape, worth R24 000. Lucky her, it is a truly wonderful house in a truly wonderful village.

The raffle netted more than R50 000 thanks to great efforts by a number of people, like Adele Dabbs, Helene Bramwell,  Linda Vink, Sarah de La Pasture, who sold for well over R6 000, and Nola Ostle, who netted more than R3 000.

More than a dozen club members helped with selling raffle tickets by taking lists home and selling to friends, family and contacts. 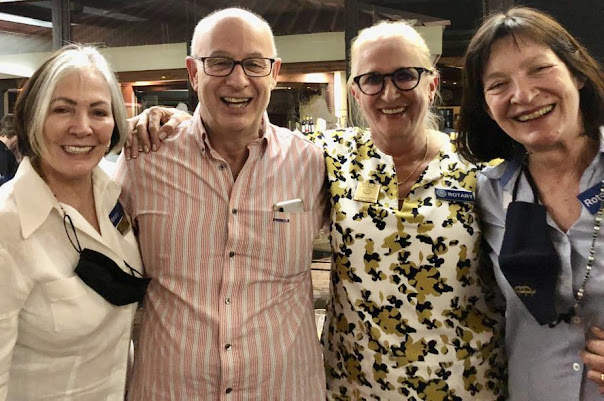 The second raffle prize, the wheelbarrow of booze, was won by a very chuffed Paul Channon, who said he never wins anything at all. He did this time and will no doubt have a very merry Christmas this year. Paul had eyes only for the booze in the barrow and has donated the wheelbarrow itself to the club to be used at the next Golf Day, no doubt in March next year.

The aim with the Golf Day was to collect the equivalent of at least $5000, or about R75 000 to help with applying for a global grant for Donate a Loo and that we've definitely achieved.

As easy as 1-2-3; Dave Marshall with the bucket of balls

There were many Herculean efforts on the day. Dave Marshall raised almost R2 500 out on the course with his umbrella and bucket of balls, where golfers had to guess how many balls there were in the bucket. Two people guessed correctly: 123.

Helene and Adele also contributed the lion's share of the about R25 000 we had in hole sponsorships, far more than we've ever had before. 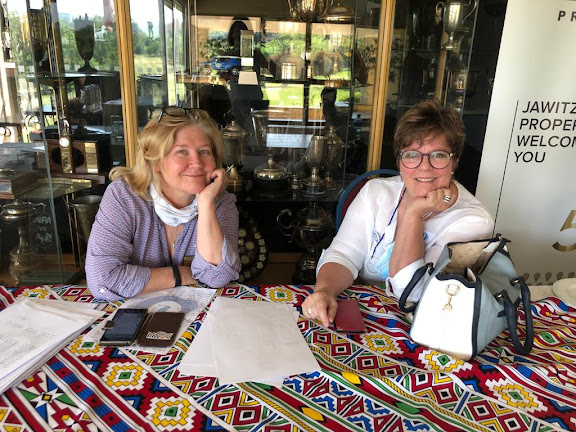 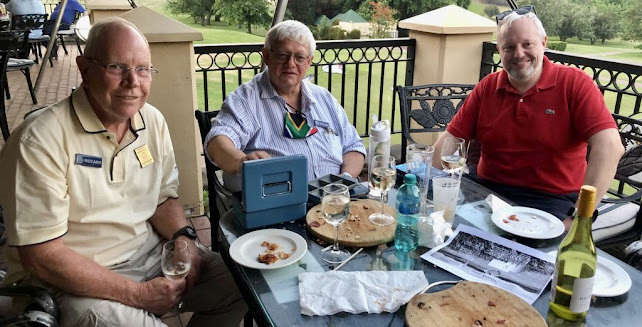 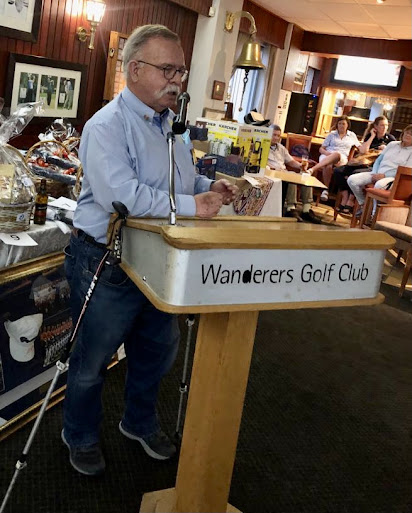 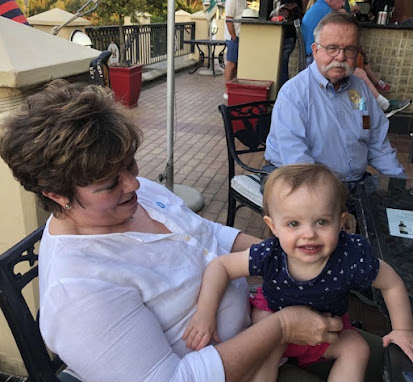 Karlien Kruger with our mutual granddaughter, Julia Kruger, who came for
a visit with her parents, with PDG Jankees Sligcher

There were many compliments on the quality and sheer volume of prizes, something that should lure many of the golfers back to our future Golf Days. Many thanks to everyone who contributed so generously.

By the way,  Hannes Dressler arrived at the Wanderers with good news; he and his family will be staying in South Africa for another year at least, to allow for time to plan his next posting properly.

Speaker: District Governor Stella Anyangwe will be the speaker at the meeting bright and early tomorrow morning after meeting with the council/board last week.

Next week: There'll be a site meeting with Copessa in Protea Glen in Soweto at 11.30 am next Wednesday, 27 October. There will be no ordinary meeting at 7am that morning.

Friday, 10 December will be set aside for the Christmas/Festive function which will probably be in the form of an outdoor picnic at Marks Park again as we did so successfully last year. That will mark the closing of the Rotary year and the first meeting in the new year will be on Wednesday, 12 January.