A Club Meeting With the DG

How many Past District Governors does it take to introduce one District Governor? Well, we had two at the meeting on Wednesday in the form of PDG Eric Kimani (D9200) from Kenya and our very own PDG Jankees Sligcher (D9400).

PDG Eric apparently had a hand in persuading our District Governor, Dr Stella Anyangwe, to make herself available for the position to serve District 9400 this year, as did PDG Jankees, who in his introduction revealed that DG Stella had been up as 2.30 that morning to address a school in New York on Tutu desks, amongst other things.

In his introductory remarks PDG Eric, of the Rotary Club of Muthaiga North and a Rotarian for 33 years, said Rotary is for him a passion. It is also a school of discipline in work and in life; it is enlightenment, a community of friends, amongst whom he counts DG Stella and PDG Jankees and many others. It is an opportunity to be a citizen of any country in the world, a network like no other, a retirement package, a school of leadership and of public speaking.

Most of all, it has taught him the value of service above self, he said. 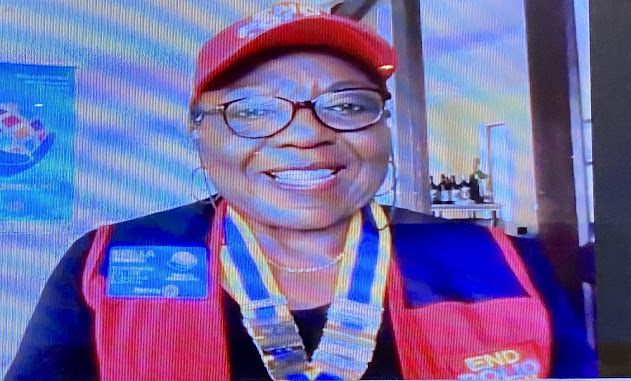 In her address to the club, DG Stella quoted RI President Shekhar Mehta's theme for the year: Serve to Change Lives. This doesn't only mean to change the lives of others, she said, but of ours as well.

RI President Shekhar, a Rotarian for the past 36 years and from the Rotary Club of Calcutta-Mahanagar,  has stated his three main aims for his year and has a pithy slogan for each one. 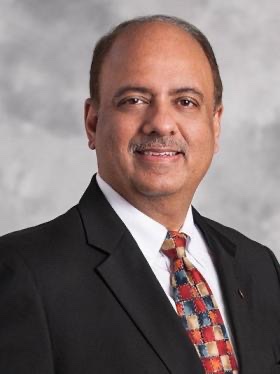 RI President Shekhar Mehta, a man of many slogans

Rotary is like a revolving door, DG Stella said; many join, but many also leave for various reasons such as attrition, death and often disenchantment.

"We're told people only hear about dues after they've joined a club. How is that possible?" she said, adding that a thorough fireside chat is a very important part of the recruitment process.

RI President Shekhar's slogan of Each One Bring One would double the Rotary membership, but perhaps more realistically D9400 asks of each club to grow by just 2 members this year. D9400 membership was less than 1200 in June, but has since grown by 80, so that a membership of over 1300 by June next year looks like a real possibility. 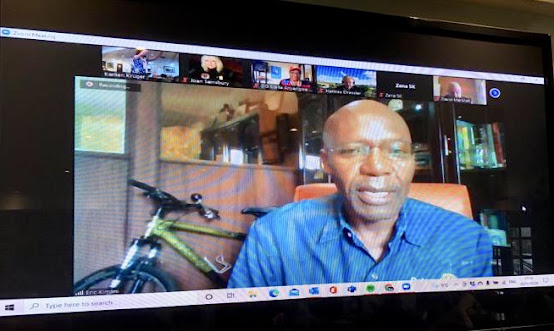 His slogan of Give More to Do More to Grow More should resonate with every Rotarian. "The more money we give, the more we will get done," DG Stella said, pointing out that there are more than 20 clubs in D9400 with fewer than 10 members.

"The more people see us doing things, the more they would like to join Rotary," she said.

"People seem to freak out when they hear the D-word; Dollars, but the expectation of the Every Rotarian Every Year plan where each Rotarian contributes $100 to the Foundation each year, is not a very onerous one. Fundraising funds can be used for this (as New Dawn does), clubs can hold special fundraising events for their contribution, or ask members to pay it themselves." 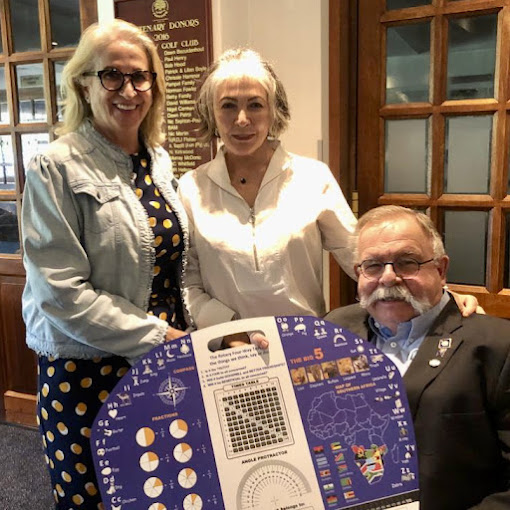 "The third aim is to increase the impact of service projects across the world and the slogan is: Dream Big. This has led to the introduction of Projects of Scale (with a grant of $2 million) that will potentially affect thousand of people or, as in the case of the D9210 with their malaria campaign, millions. Only one of these is available per year" DG Stella said.

In echoing PDG Eric, DG Stella said it is up to clubs to make Rotary a fun experience with the slogan: Enjoy Rotary.

Added to his 3 aims are 3 initiatives that the RI President is passionate about, DG Stella said. The first of these is to empower girls; the second is a series of 6 presidential conferences all over the world and the third is to showcase Rotary by setting aside 23 February next year where clubs can go out and tell the world about Rotary.

One of the Presidential conferences will be in Maputo, Mozambique on 4 and 5 March next year. RI President Shekhar will attend personally.

She said her District Conference is planned for 16 - 19 June next year at Bela Bela.

Meeting next week: Please follow the messages on WhatsApp to find out about the visit to Copessa in Soweto next Wednesday (27 October). We will meet at Parkview at 10h15 on Wednesday to travel to Protea Glen, Soweto, together. This takes the place of the normal meeting, so THERE WILL BE NO MEETING EITHER IN PERSON OR ON ZOOM AT 7AM.