Spying on the Spies With Red Ronnie

It's hard to believe the looting in KwaZulu-Nata and Gauteng was six to eight weeks ago, a truly traumatic experience for the country but looking back, it all seems shrouded in fog.

It was a nightmare, said Ronnie Kasrils, that started with the arrest and incarceration of former President Jacob Zuma on charges of contempt of court.

Kasrils, a member of the Rotary Club of Johannesburg New Dawn and ex-Minister of Intelligence, was the speaker at the hybrid meeting on Wednesday.

During the 9 days of hell that followed, he said, more than 350 people lost their lives. South Africa had never seen anything like this since 1994.

The damage to the economy from the looting is estimated at R20 billion in KZN and R3.5 billion in Gauteng

The security cluster at cabinet level had failed to pick up that trouble is coming, said Kasrils.

"When they hear that Caesar is going to be stabbed on the steps of the Senate, they should immediately go to the President and tell him, not write reports that no-one reads," he said. 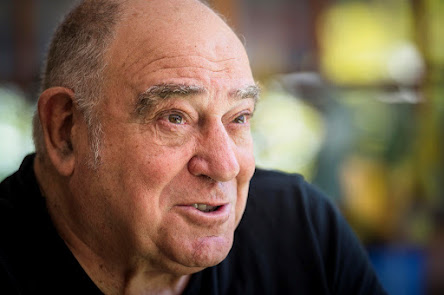 Ronnie Kasrils. The photo is from the Internet

There was no single cause for the looting and destruction, he said. Poverty is one of them, in a country where an estimated 60 percent of the population lives in poverty. Disunity, splits and faction forming within the ANC also played a role.

"We've by no means seen the last of the problems in South Africa," he said.

It is up to South Africans to demand that the right, strong people get put into key positions and those who are a deadweight are gotten rid of so that especially the police, military and intelligence services are sorted out. 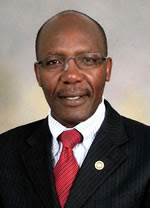 Another interesting speaker this week was Eric Kimani of Kenya, the first ethic Kenyan to become a District Governor in his country, who addressed a seminar on Membership.

Rotary is flourishing in the East African country and for all the right reasons.

PDG Eric told how he has led a movement to create four new clubs in his home country over the past few years, all of which are flourishing, and two of which have a membership of 80 or more and heading for 100.

One of the ways they have achieved this, is by a rigorous training programme for prospective members before they even join. He told the meeting of a few highlights of the programme, which is available to clubs through PDG Annie Steyn. 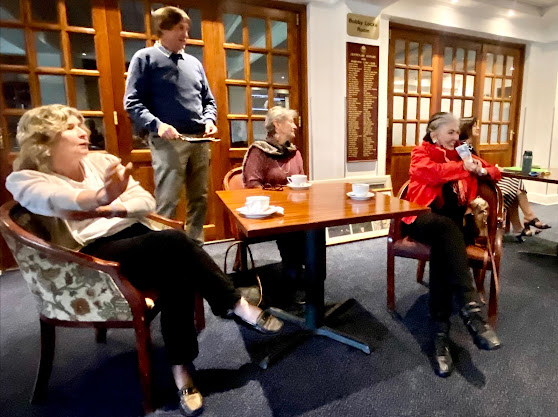 The first requirement is that prospective members must attend at least 4 of the 6 training sessions if they want to join any of the four clubs.

They must be introduced by a Rotarian. Walk-ins are not countenanced.

They must show understanding of the three Rotary non-negotiables: Participation (Rotary is for leaders, not followers, he said); attendance of at 50% of meetings is compulsory; and payment is compulsory. If you can't afford it, you can't be a Rotarian.

Prospective members must know where the Rotary Foundation fits in and how it works. 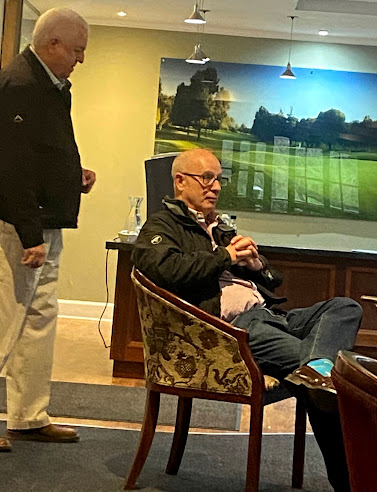 Before finally being accepted they must attend a fireside chat of at least two hours, normally in the form of a cocktail party, to meet senior leaders of the club.

By that time they would have had to attend at least four of the previous eight club meetings, which means the whole process can take a few months.

Instead of telling people they should join Rotary to take part in community projects, they end every lesson by telling prospective members what Rotary can do for them. They emphasise the advantages of networking, of how Rotary helps you with personal discipline by teacher you how to keep and manage your time.

Another personal advantage is learning the tools of management. 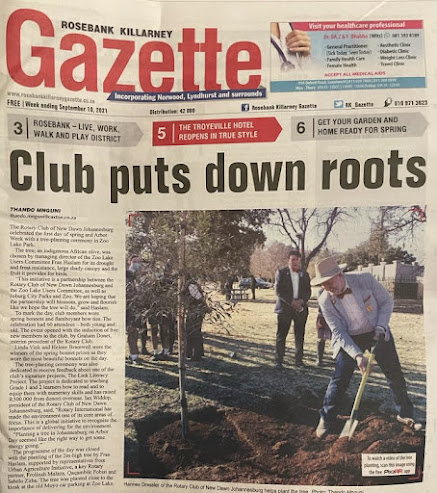 Through Rotary you come to distill your conscience by taking to heart the lessons of the 4-Way Test.

Rotary also helps you to become a global citizen. It gives you a global passport with which you can create global networks.

You join Rotary to learn, to increase your knowledge because Rotary is such a diverse body of people, most of whom share their knowledge for free. You can travel all over the world and people will open their homes to you.

"Tell people Rotary is fun, tell them Rotary is 95% personal gain and 5% community effort. Once you've told them that, tell them  what Rotary does and what Rotary has done, for example with polio eradication."

He also told the meeting of a Buddy system they have initiated where a club will have, for example, 10 groups of 8 randomly chosen members who hold their own casual meetings over coffee or a glass of wine and discuss club matters. The system has been so successful that many of the groups find a name for themselves and tackle projects together.

Next Week and Beyond: More members will be introducing themselves at the meeting next week. The following week (22 September) Hillary Biller, the renowned food journalist, will be talking about heritage food. Remember the DG visit on 29 September.