Green Gold Could Save South Africa

Hydrogen has an enormous potential to be the main source of power in the future to replace power generated with fossil fuels like coal and petroleum, the cause of much of the global warming that the earth is experiencing.

South Africa is in a unique position to capitalise on the rapidly developing use of electrolysers to split hydrogen from oxygen in water to "harvest" the hydrogen. South Africa has a rich source of sunshine to use solar power for the process and also a rich supply of platinum, which is used to keep the two elements separate. Much of the expertise needed is already available at Sasol. 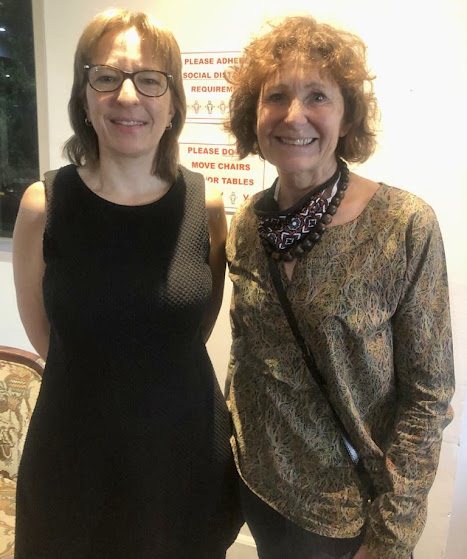 There are other countries, especially in North Africa and the Middle East, which are equally well placed to capitalise on these developments, which means the time to act is now, said Lael Bethlehem, our speaker at the meeting this week.

She was suggested as a speaker by Babette Gallard.

Lael is an investment executive at Hosken Consolidated Investments, and has been involved in the development of Karoshoek Solar One, a solar power project in the Northern Cape which feeds power to Eskom. HCI is a part owner of Karoshoek.

She said although there have been many breakthroughs in developing the technology required for the process, especially in the past five years, energy from hydrogen still costs about three times as much as that generated by fossil fuels.

Set-up costs to build plants are, however, already lower than that of coal generating plants and the market for so-called green hydrogen is developing rapidly in the shipping and aviation spheres, which will serve to bring the cost down. Much research is also being done in the automotive industry. 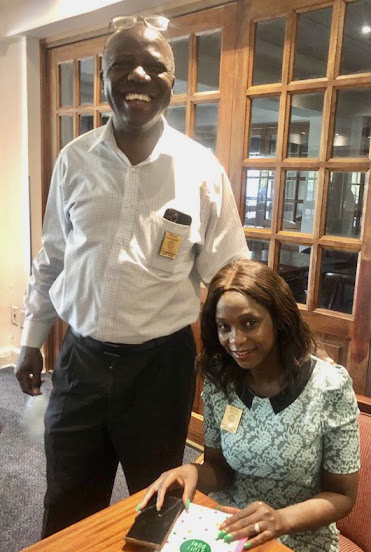 Paul Kasango with Nola Ostle
In the meantime arrangements for the Golf Day on Friday, 15 October at the Wanderers Golf Course, are proceeding and the field of about thirty 4-balls is filling up rapidly.
Quite a few members have been helping with selling raffle tickets, amongst them Linda Vink, Nola Ostle, Joan Donet, Sam Devernieul, Helene Bramwell, Janice Angove, Amina Frense, Judy Symons and Adele Dabbs. More than R15 000 has been collected thus far and there will be more selling attempts over the weekend and on the day.
Adele has donated a week at her holiday home in St Francis Bay as the main raffle prize and that seems to be attracting a lot of interest.
The organising committee, led by Mike MacDonald, has asked for more contributions for prizes and leads for sponsorships. It costs from R2000 to sponsor a hole where the sponsors can advertise by putting up banners, etc. The committee has also asked each member to sell one raffle sheet.
The funds raised will be used as seed money for Donate a Loo in applying for a Global Grant.
Another fun fundraising initiative was highlighted by Julian Nagy, who paid a welcome visit to the club with his daughter, Paula and her fiancé, Nick.
This is the Power of Pennies initiative, where participants each contribute R100 a month, which gets put into a kitty for a quarterly draw where the winning number gets half the uptake - the balance goes into  club funds. To encourage members and their family and friends, a minimum of R5 000 has been set as the prize in the first draw.
This will be on 1 December at a function still to be announced, so sign up and join in the fun. Sarah de la Pasture has all the details.
Important dates: On Saturday from 9 - 12 there is a club assembly at Twickenham Guest House in Auckland Park, a meeting to discuss the way forward for the Rotary Club of Johannesburg New Dawn. Please join us!
Club assemblies are compulsory for clubs and all members are urged to join and give input on the direction the club will be taking over the next few years.
The assembly will start at 9 am and hopefully be finished in time for the rugby at noon. The venue is Twickenham Guest House at 66 Twickenham Ave, Auckland Park. There is safe parking and the entrance is in Greenlands Road just around the corner from Twickenham Ave. 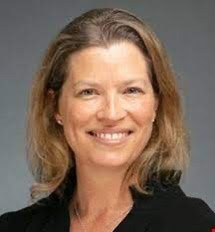 Emma Wade-Smith OBE, the speaker next week
On Tuesday at 7 am the club council will be meeting on Zoom with the District Governor, who every year meets with the leadership of all clubs in the district as part of their duties.
The speaker at the meeting on Wednesday is Emma Wade-Smith, the first ever Her Majesty's Trade Commissioner for Africa, representing the UK Government's Department for International Trade.
Emma, who has been in South Africa since 2016, will be speaking on trade relations between the UK and Africa. She'll be introduced by Nick Bell from the UK.
A Thought for the Week: Alcohol does not solve any problems, but then neither does milk. - John Wayne (1907 - 1979)