A Golf Day to Remember

Golf Day 2021 could just be a turning point for the Rotary Club of Johannesburg New Dawn after more than a year of lockdown restrictions. 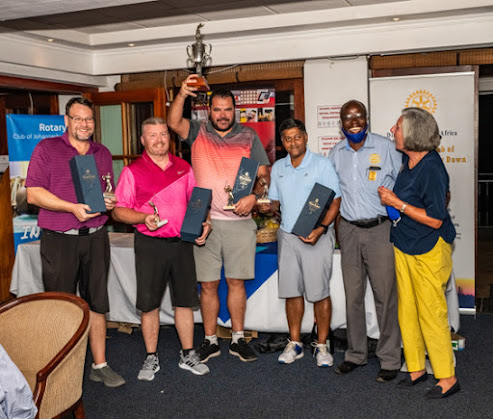 The raffle for the barrow of booze didn't raise as much as in previous years for obvious reasons (accosting people maskless on the pavement at Parkview for one) and there were not as many sponsorships as previously (most businesses have been hard hit) but despite that the overall target reached has been quite astonishing. 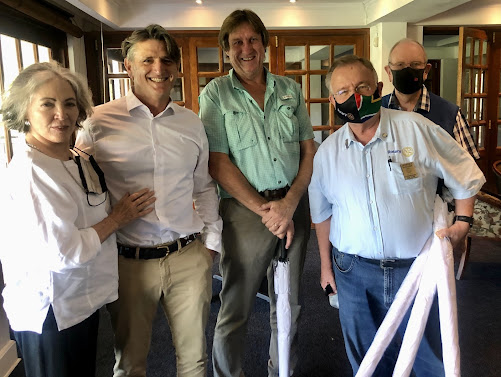 Thanks to a huge team effort by Mike MacDonald, the fundraising committee and many other club members, especially on the day, it was an achievement to be emulated.

There'll be a full report on what exactly was raised in due course once we've been presented a bill by the Parkview Golf Cub, and other expenses have been defrayed. 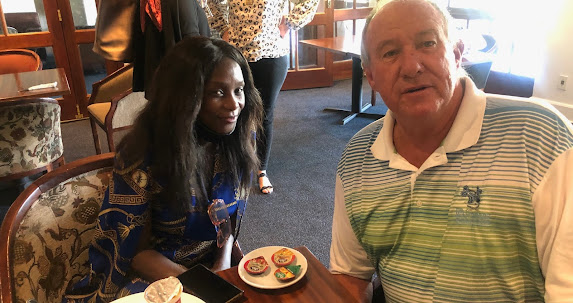 Andy and Nola Ostle at the meeting last week

The South African Golf Development Board, represented by Andy Ostle from the organisation on the golf day, gets a cut. They are using the money to sponsor young Eric Ncube's budding golf training and career. Eric was at the golf day.

Andy's wife, Nola, helped with selling raffle tickets and did a great job.

There were a great many repeat golfers from previous golf days, but also quite a few more thanks to the SAGDB and the likes of Debbie de Vries, who arrived with two four balls.

They won a week in an eight sleeper unit right on the golf course at the Champagne Sports Resort in the Drakensberg as well as a bottle of Johnny Walker Blue whisky  each and a trophy donated by the SAGDB. There was also a big floating trophy which will hopefully now become an annual feature at New Dawn golf days. 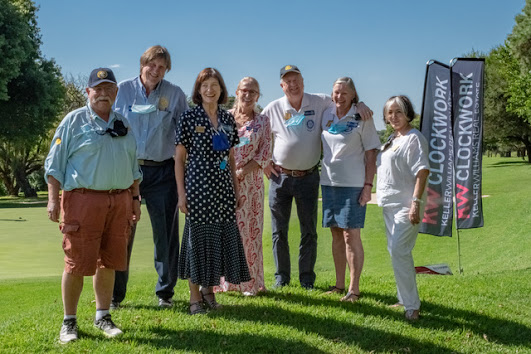 It was a case of all hands on deck on the day, so many thanks to everyone who pitched in

The Barrow of Booze was won by Jose Vargas and the second prize of a weekend at a City Lodge hotel was won by Franco Pellegrini, both regulars at our golf days.

Many thanks to all the club members who donated prizes and who helped fill the Barrow of Booze.

Most notable amongst the prizes sponsors were Judy and Jankees Sligcher for the Champagne Sports stay. They also gave four Rotary branded umbrellas and R5000 towards the halfway house meal for the golfers.

Carol Stier gave three of the bottles of Johnny Walker Blue and Paul Channon one. 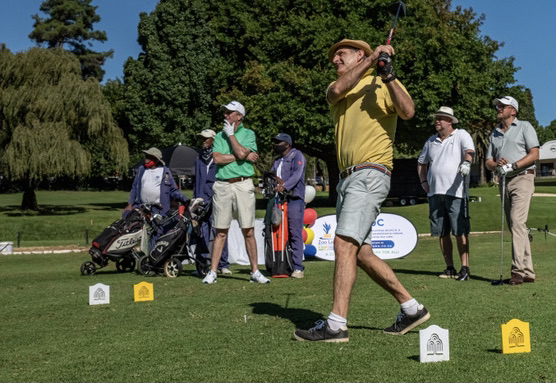 Helene Bramwell gave four vouchers for treatment at The Mask as well as four hampers of beauty products.

Hannes Dressler gave a case of wine and another one for good measure for the barrow, which Judy Symons provided as usual. Hannes and Adele Dabbs also gave four golf umbrellas.

Carl Schmidt gave four sets of tools and other useful household tools and the Parkview Golf Club gave a lesson by their Pro, Tandi Cunningham.

The list is too long mention everybody, but thanks again to every single one who contributed in whatever way. We had the full list of everyone on the tables at the prize giving. In other news: Don't miss the March edition of Rotary Africa with PDG Jankees's first monthly contribution on the Rotary Foundation as regional co-ordinator.

In his article he tackles, amongst other themes, the culture of non-contributions by clubs to TRF and how short-sighted that is in terms of leveraging global and district grants.

Speakers:  The speaker this week is Gabriel Crouse of the Institute of Race Relations. Gabiel studied philosophy at Princeton University in the USA and will be going to New York University later in the year to study bio-ethics.

His talk is on a biography of the American sociologist, author and civil rights activist WEB Du Bois by KA Appiah and will centre on his exploration of the concept of race in terms of how race mattered to him and to others and some of the mistakes he made.

The speaker on 24 March is Grace van Zyl, who will be talking about the centenary of the Rotary Club of Johannesburg and co-operation between the two clubs.

On the last and fifth Wednesday in March the cub will be meeting on Fever Tree Lawn at The Wilds for an early morning coffee and picnic get-together. 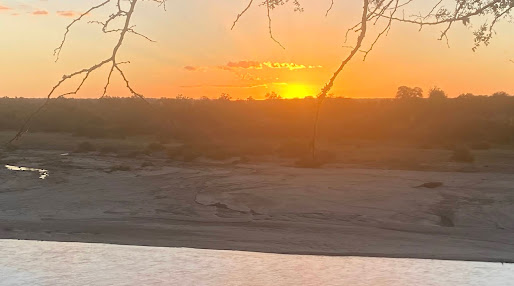 A moment for reflection on a busy week at Ngwenya Lodge, bordering the Kruger Park