Getting Creative With President Ian

In trying to define what creativity is, he has a vision that everybody is more creative than they think they are, President Ian Widdop said during his talk on the theme of A Creative Life at the meeting this week.

President Ian, himself more creative than most, gave the same talk over Zoom to Nick Bell's Rotary Club of Holt in the UK last week. 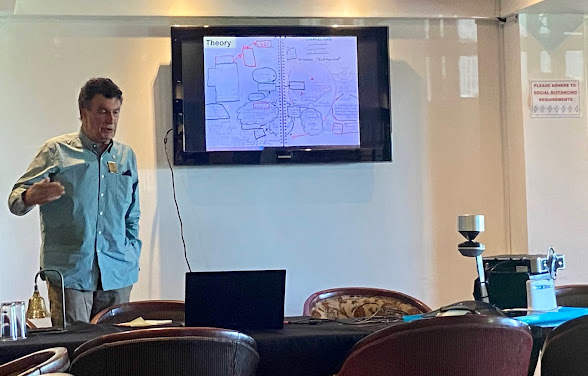 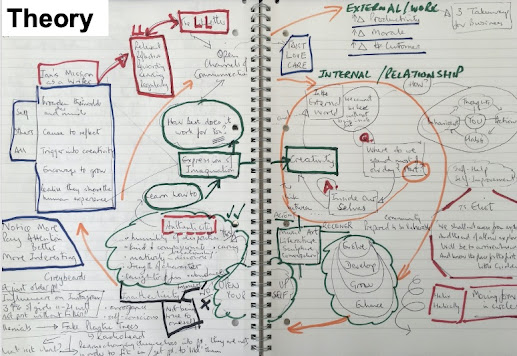 President Ian's theory of creativity in the form of a sketch

Our thinking, he said, leads to actions, which leads to habits, which become a pattern of behaviour, which is how we show up to other people.

He quoted T.S. Eliot from the poem Little Gidding (I've used the quote as my Thought for the Week, so do scroll down) to show how the quest for creativity is never-ending and ultimately enhances our lives.

By opening yourself up more, we allow more in. We notice more, pay better attention and become better people in the process.

It's hard to do justice to such a complex subject in just a few lines, but it was indeed a vitally important lesson in how we operate as human beings. 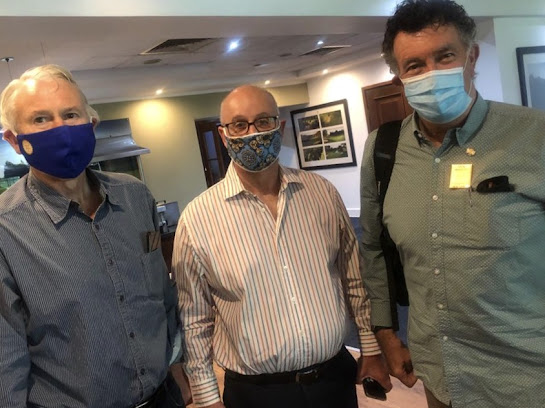 The hybrid meetings have been going smoothly although the technology does pose a few challenges.

It's great to be able to meet in person again and the Parkview Golf Club go out of their way to make sure we operate in a reasonably safe environment.

At the meeting it was announced that Julian Nagy has agreed to make himself available for the club presidency for the next Rotary year starting in July 2021.

Rotary International demands that the names of the incoming president and club officers (secretary, treasurer and foundation officer) be made available to them before the end of this year and the other office bearers will be made known before that deadline, Julian said. 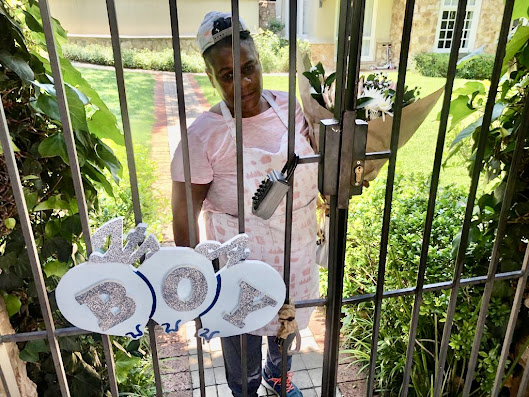 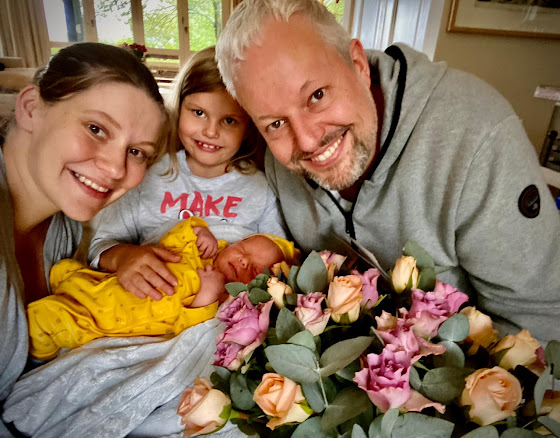 Hannes Dressler has of course been walking around with a big grin following the birth of a baby boy, Theo, to add to his family with Katya and Liza.

Hannes has donated a plastic children's playhouse as well as a rather large wooden wendyhouse from his neighbour in Westcliffe, which Linda managed to get for our grandchildren in exchange for a donation of R5000 to the picnic fund. 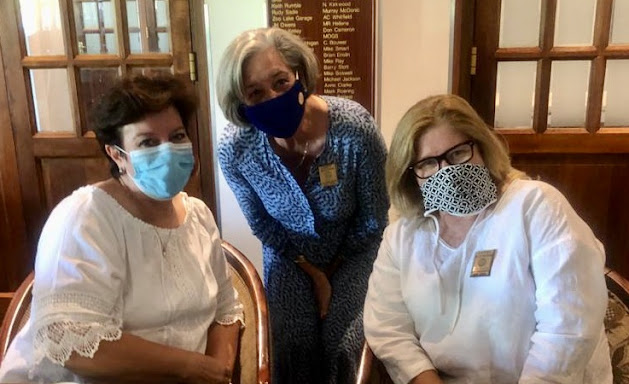 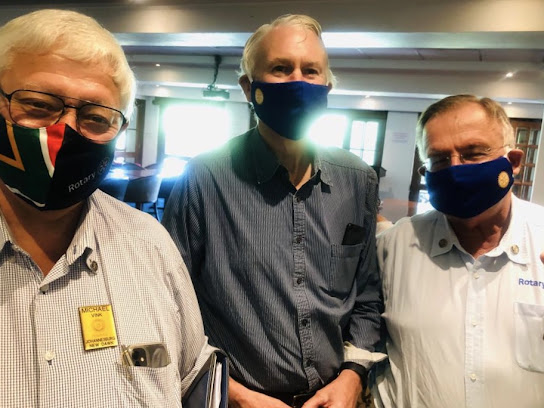 The Sligchers have made a further donation of R1000 to the picnic, even though they're unable to attend, so we've gotten off to a good start.

Please don't forget to RSVP and to pay before next Friday.

The picnic starts at 4pm and is to be held at George Hay Park in Parkview.

The musician from the Christmas dinner last year, Richard Jones, will take the role of a wandering minstrel at the picnic and Linda and Carol Stier are donating a hamper from Thrupps as a raffle prize. The small playhouse from Hannes will also be part of the raffle.

Please invite family, friends and acquaintances to join us as it is the only ordinary fundraising event the club has been able to hold this year. 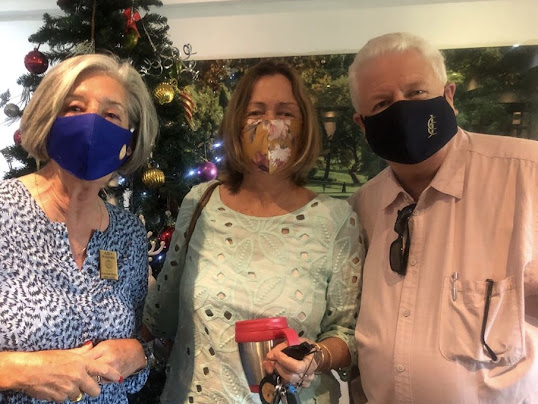 Judy Sligcher, Peta Thomas and Graham Donet all masked up and ready to go

Money raised will go to the Donate-a-Loo project fronted by Helene Bramwell, Adele Dabbs and Errol Burman. They are installing three juvenile and one senior toilet at the Reamogetswe Nursery School in Diepsloot and hope to have it completed by 4 December.

The total cost is around R100 000 and will be funded 50/50 by Seeds of Africa (Sally Viljoen) and with money that Helene has raised. Help from New Dawn would of course be very welcome.

Dates to Remember: The meeting next week (2 December) will take the form of a club assembly devoted to the strategic plan we're developing. The last meeting of the year is on 9 December and will be a fellowship meeting. The first meeting next year is on Wednesday, 13 January.

A Thought for the Week: We shall not cease from exploration, and the end of all our exploring will be to arrive where we started and know the place for the first time. - T.S. Eliot (1888 - 1965)