Rotary opens many opportunities for many people in many places and in many forms; that was the message from DG Annemarie Mostert during the annual official District Governor's visit to Johannesburg New Dawn in an online meeting on Wednesday morning.

She was clearly aiming at inspiring the club and members to greater Rotary heights and, dare one say, likely succeeded!

Rotary Opens Opportunities is also the official Rotary theme for this presidential year of the RI president, Holger Knaack, who has said that the impact that Rotary has on the lives of Rotarians, but also on the world, is profound.

The DG was joined in the virtual visit by Alice Meyer, the new District Administrator and Executive Secretary. 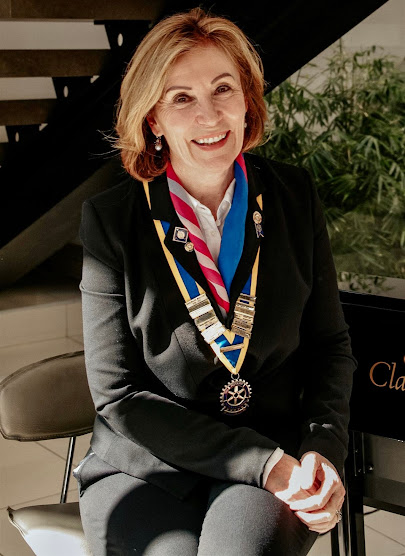 DG Annemarie Mostert. The photo was "borrowed" from the D9400 website

DG Annemarie urged the club to continue on the path of diversity, saying that she has observed that those clubs that are growing, are the ones that have embraced diversity, not just of age and gender, "but across all cultural borders".

"Our biggest opportunity lies  is in embracing our differences."

She said Rotary, through its cultural exchange programmes, especially with the youth exchange schemes, is creating peace in the world by introducing young people to other cultures.

Rotary is also creating a younger generation of leaders, she said. She was struck by the presence of District Governors no older than about 35 during her training in San Diego in the USA. She urged clubs to consider younger members for leadership positions.

Once they've earned their stripes within a club, they should be encouraged to become AG's and eventually even DG.

She cited the End Polio campaign as the greatest gift we as Rotarians can give the world. Eradication from the face of the earth could still happen within our generation and the infrastructure created for polio vaccine programmes could possibly be used for rolling out any coronavirus vaccine to the world once it has been introduced.

It is important for clubs and Rotarians to find partnerships with other clubs here and overseas, on our travels when the world opens up again, but also in action groups and other interest groups within Rotary.

She praised New Dawn for having embraced innovation, diversity and fellowship, three cornerstones of the Rotary experience. 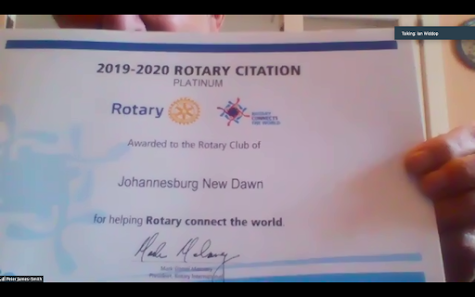 During the meeting AG Peter James-Smith handed over the official Platinum Citation from the RI President that New Dawn earned last year under the presidency of Judy Sligcher.

The meeting also saw the induction of Ronnie Kasrils, former struggle leader and cabinet minister in post-apartheid governments, as the latest member of the club. 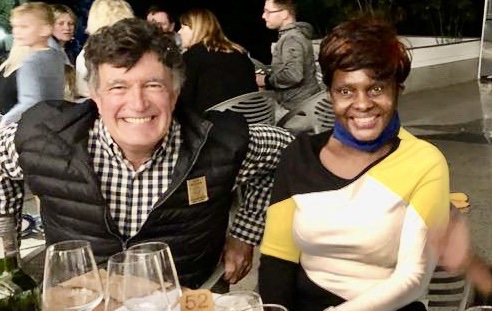 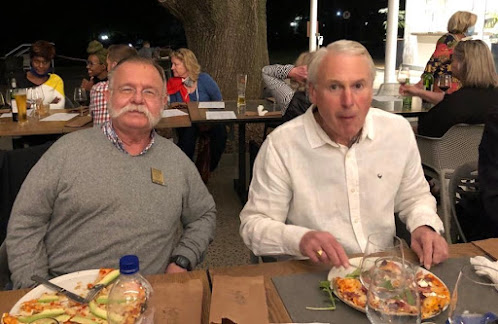 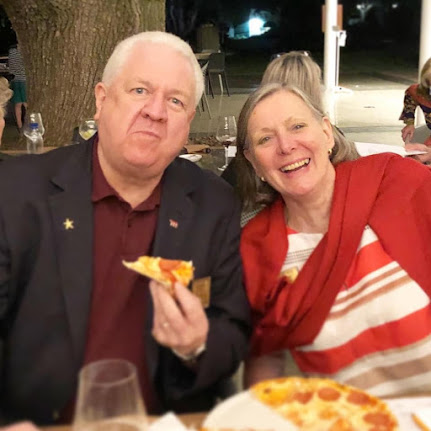 The matter of face-to-face meetings vs online was again brought up and will be discussed at the board meeting on Monday, but the indications are that the meeting on 7 October will be at the Parkview Golf Club (with all the necessary protocols in place) with virtual participation for those who still don't want to take too many chances or cannot attend for other reasons.

Although next Wednesday will be the first physical meeting since early March (if it does happen) many members and guests attended the Fifth Wednesday meeting at the Country Club Johannesburg last Wednesday for a pizza evening. Great fun was had by all present.

A Thought for the Week: The beginnings and endings of all human undertakings are untidy. - John Galsworthy (1867 - 1933)