The very first New Dawn hybrid meeting was a success with only a few minor technical glitches, another step in the direction of what is commonly being termed the "new normal". Thanks to Hannes Dressler and his IT team from SAP we could all hear and see each other whether physically present at the Parkview Golf Club or on zoom.

There were eleven of us on zoom and thirteen members at the club itself. 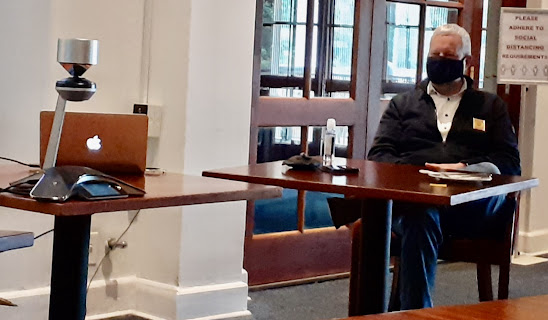 It was a business meeting with reports back from the board meeting on Monday evening. This centered in large part around around the theme of sustainable food production and the visit to Victoria Yards last Saturday, led by President Ian Widdop. 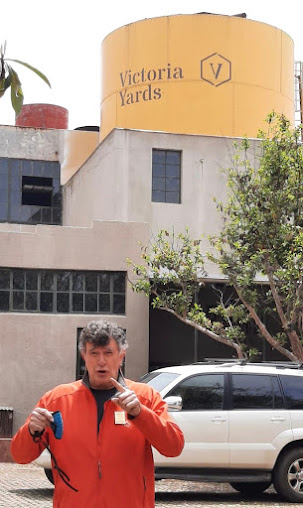 President Ian also announced that Rotary International has agreed in principal to redirect the Covid-19 emergency District grant of $25 000. to a project yet to be finalised, but which will be about sustainable food production in some form. The request follows after the Hlanza Izandla taxi sanitisation project ground to a halt. A request has also been sent to Standard Bank that the remaining portion that they donated to the taxi project, also be redirected.

The Hlanza Izandla inter-club project team is meeting tomorrow to discuss the way forward and President Ian asked that more New Dawn members put their name forward to redress the balance, which at the moment tilts in favour of the Benoni Aurora club. Amina Frense immediately did so. 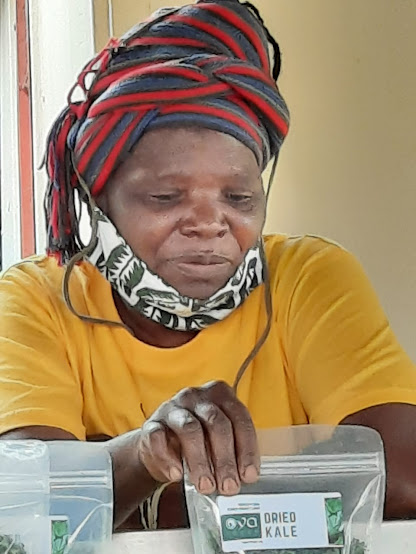 President Ian told the club about the Victoria Yards visit and their walk through the suburbs surrounding it to Mama Refiloe Molefe's Bertrams Inner City Farm of about a hectare under tunnels on ground that used to be a bowling club. The land belongs to the City of Johannesburg.

Hers is one of the more successful inner city gardens and she supplied many restaurants with fresh produce and juice mixtures before lockdown in March. Business seems to be picking up again, but over the past six months she turned her attention to a feeding scheme and estimates that she feeds about 250 children in the area per day. 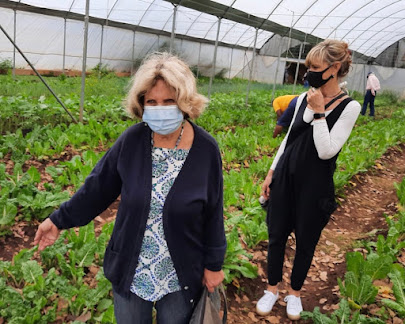 Lucille Blumberg amongst the luscious spinach in the Bertrams garden

The New Dawn members also engaged with members of the Johannesburg Inner City Partnership, amongst others, about the large number of gardens in and around the CBD, whether on rooftops or unused land. The tour by the New Dawn team was led by Thobile Chittenden, CEO of Makers Valley, which is a part of the Victoria Yards project.

It is for projects like this (and many others) that the club is looking for a major fundraising event or effort to try to raise the kind of money we need to go big. 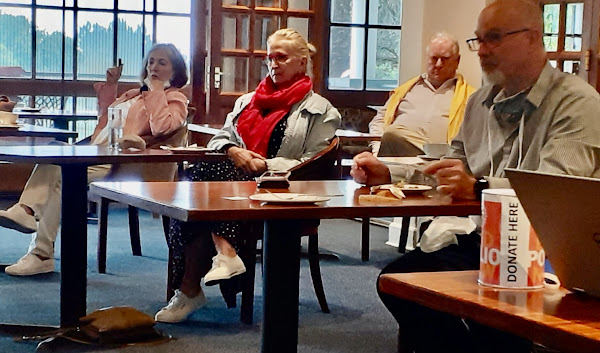 There's a meeting of the fundraising committee on Tuesday, 10 November at 5 pm at Twickenham Guest House to map a way forward for future fundraising efforts. This is particularly important because the main annual fundraiser, our Golf Day, has been cancelled this year because of the uncertainties around the lockdown.

The plan is that there will be two golf days next year, one during the first quarter at Wanderers and the second one back to normal at Parkview in November.

The good news is that the festive dinner will go ahead on Friday, 4 December at Marks Park. We'll be going all out to maximise the event to make up for the missed opportunities with the cancellation of the bridge drive and now the golf day.

Tickets for the dinner have been lowered to R250 a head, which will mean an even greater effort will have to be made to raise significant funds. 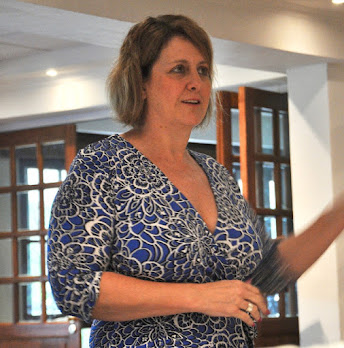 Speaker: The speaker next week is the publicist Bridget van Oerle of Buz Publicity, who also spoke to the club about three years ago. She'll be talking about unconscious bias in publicity/public relations in the light of the Clicks/Tre Semmé PR disaster of recent weeks.

Snippets: Rev. Nick Bell donated GBP100 (R2150) to the club in lieu of brags and said he and his wife are hoping to get to South Africa by the beginning of December. Quite a number of members have been donating brag and breakfast money regularly since lockdown started to keep the club coffers going. All members who cannot attend meetings, are urged to do the same.

Paul Channon announced that the Alexander Education Committee had raised R2,5 million in the past few months for their feeding scheme for scholarship families, to which New Dawn and associates from clubs all over the world contributed in excess of R150 000. 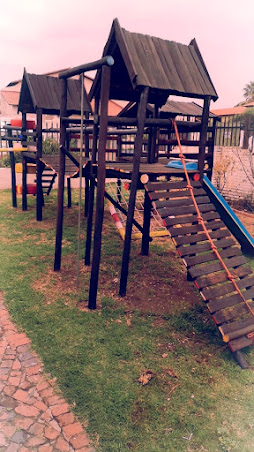 Paul Kasango shared a photo of the new playground he managed to have installed in Alexandra. It was moved from Woodside Sanctuary to make space for a garden there.

A Thought for the Week: Understand this, I mean to arrive at the truth. The truth, however ugly in itself, is always curious and beautiful to seekers after it. - Agatha Christie (1890 - 1976)