Sowing the Seeds of a New Project

The discussion that started with buying a few seeds after Joan Sainsbury introduced the club to Angel Network in June, culminated in a full-on zoom meeting last week with groups of urban gardeners (amongst other amazing work they do) to whom we supplied seeds.

The seeds, at R23 a pack of four (mainly beetroot, carrots, cabbage and onions) were a bargain and a great number of club members bought a supply to donate onwards. 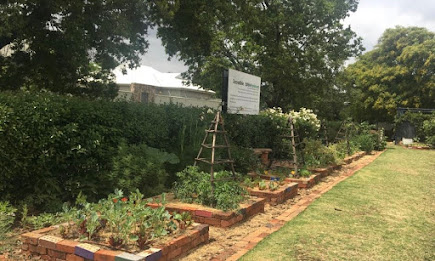 The Parkhurst garden where vegetables are grown for people in need

Some of the recipients were the Parkhurst Community Garden, the Brixton Community Centre, the Alexander Veggie Garden (near the Gautrain station) run by John Mahlangu of the Alexandra Football Association, Makers Valley and Coronacare.

Special visitors (and speakers) at the meeting were Ishmael Mkhabela, David van Niekerk and Anne Steffny of the Johannesburg Inner City Partnership, of which Makers Valley are a section, Thobile Chittenden and Siya Ndlangamandla of Makers Valley and Kim Harrisberg and Robyn Garruda of Coronacare.

In true Rotary networking style Helene Bramwell (Anne Steffny is a friend and client who knows the Makers Valley team) and Lucille Blumberg (Kim Harrisberg's father is a colleague) connected the club with the speakers who spoke to the club about their projects.

Each team got ten minutes or so to address us and there was a bit of time for a general discussion afterwards. One gets the feeling this will be nowhere near the end of that and related discussions. 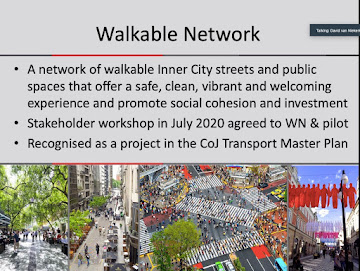 One of the aims of the JICP

First up was David van Niekerk of the JICP (www.jicp.org.za), who told the club in general what the organisation does (it focuses on a clean, safe and welcome inner city in partnership with, amongst others, the City of Johannesburg and more recently the Gauteng Province). He also spoke more particularly on projects such as inner city farms, help for the homeless, recycling projects and city tourism.

He took the club on a virtual tour of Johannesburg and showed a map of where all the farms are where food is grown to feed communities, many of them on rooftops in the CBD. 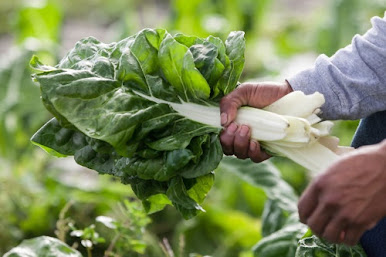 Spinach fresh from the earth and ready for the pot

Thobile Chittenden, who hosted a New Dawn group at Victoria Yards a few weeks ago, explained how the Victoria Yards owners had granted them space where they could set up an office and a bank of computers where prospective entrepreneurs can go and work on business proposals.

The idea is that once people have the means to get going, they stay in the area and invest in the community. A large part of this consists of feeding schemes with much of the food donated by Nandos, whose head office is a close neighbour. 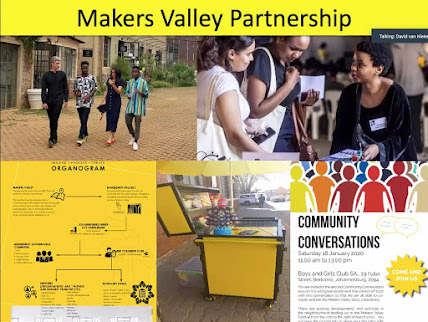 A slide from the Makers Valley presentation. Top left is Meghan Markle during her visit there

Victoria Yards (www.victoriayards.co.za), which is owned in partnership by the urban developer Brian Green, also responsible for the 44 Stanley complex in Richmond in the Auckland Park area, is an inspiring place to visit.

It consists of dozens of artisanal shops and businesses, for instance the coffee shop Foakes, whose Happy Sekanka sources his honey from local beekeepers and trains locals in baking skills in his spare time. Tshepo the Jeanmaker makes jeans and employs 30 local seamstresses, who made dungarees for Prince Harry and Meghan Markle's son, Archie. She was a recent visitor there as the British Council is a sponsor. 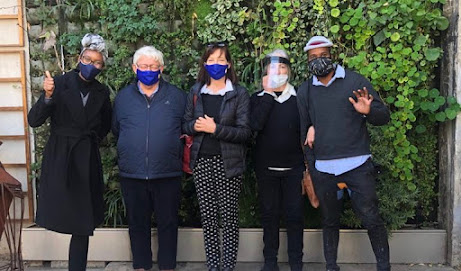 The Makers Valley team during our visit. Left is Thobile and right Siya

Siya is in charge of the gardens at Victoria Yards, which are lush and magnificent, but mainly overseas gardens in the community, teaching communities how to grow their own vegetables and other edibles. They have established many edible street gardens where people can help themselves in passing, but are now also promoting backyard gardening.

He's also looking into a truly sustainable garden in Joubert Park, an area that sorely needs it. 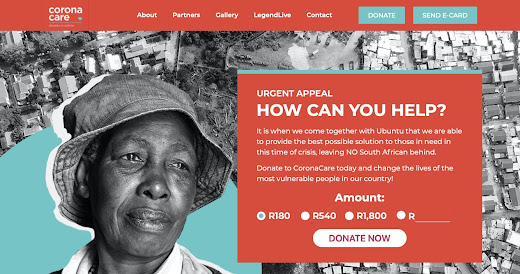 Kim Harrisberg, a journalist with Reuters, told how she and family and friends decided at the beginning of the lockdown in March to do something to help in  the community. This saw eight of them give birth to the organisation Coronacare (www.coronacare.live).

They aim to connect people who have the money, time and the inclination to organisations who need their input and expertise. She says they have already helped 180 organisations in this way and estimate that they have provided and distributed up to 250 000 meals during lockdown. They aim to provide more sustainable help in the future and to move from providing food vouchers to more lasting urban farms.

Dates to Diarise: Next week (Wednesday, 23 September) is the social meeting at 6pm at the Country Club Johannesburg. The address is 1 Napier Road. If you're asked at the security entrance, say you're meeting with Carol Stier or Linda Vink, both whom are members. (Hannes Dressler is also a member.) Linda and I won't be there as we'll be in the Pilanesberg for the week, but all the arrangements have been made.

The Wednesday after (30 September) is a zoom meeting again and will be attended by DG Annemarie Mostert. She'll meet with the New Dawn board after the normal club meeting.