At home (where else!) we've been dealing with banks and state departments seeking help mostly for our staff and some relief for ourselves (mainly to enable us so to help our staff), and I can report that at the moment (some of) the banks win hands down for sheer uselessness and pulling-out-your hair-in-frustration dithering.
Hats off then to projects that came across New Dawn's path in recent weeks and in the main seem to be running very successfully.
Kudos go especially to the Alexandra Education Committee and their efforts to help their students.
To recap: The AEC helps children in Alexandra with bursaries to get them through school (this includes primary and high school) and give them a chance to become useful, contributing citizens in a world where the odds are stacked against them.
Alexandra is a township that attracts worldwide attention, housing some 700 000 people, most of them living in poverty, just across the motorway from the Sandton CBD, probably the richest square mile on the continent of Africa. The suburb of Sandton (Sandown and Bryanston) has a population estimated at 220 000, of whom 7% are millionaires.
One of our recent recruits to the club, Paul Channon, retired headmaster of The Ridge School in Westcliffe in Johannesburg and well-known in charity circles, chairs the AEC and has proved to be a very hands-on member.
When the lockdown started, the AEC soon realised that many of the students they deal with, were going hungry and they started organising help. A few steps later they worked out that the easiest would be to provide financial help to the households where the kids were in lockdown and it was more or less at this stage that New Dawn became involved. The kids have to, of course, provide proof that they used the money to buy groceries and other essentials.
We have Frank Odenthal to thank for first raising the idea at New Dawn and then urging action, along with others.
This led to a collection amongst club members (and associates and friends) under the banner of Sondla Abantwana (Taking Care of Children) which has so far raised R65000 that we could pay over to the AEC. There'll be another payment of R15000 today thanks to a donation of R11400 from Nick Bell's club, the Rotary Club of Holt and District in England. The promised R25000 from the Rotary Club of  Linda Westallgäu in Southern Germany, arranged by Nikolaus Turner and Christoph Plate, should be in by next week, increasing the New Dawn total to more than R105000. Not bad!
Paul says the AEC has raised about R725000 in total thus far, making our contribution more than 10%, no mean feat.
This covers 9-10 weeks, including the last two weeks of April, the whole of May and the beginning of June.
Paul says they're now paying 153 families R500 a week each and are looking for even more donations as the lockdown drags on. And boy, is it dragging on!
Here are a few acknowledgments that Paul and Daniel Ledwaba, who looks after the grade 7 program comprising 174 kids on behalf of the AEC (Paul looks after the high school children), have received over the past few weeks:

Dear Mr Ledwaba
Thank you to the AEC for the food support money you have sent us. You will never know how much this was needed - this is a great help. We appreciate you help with this and the learning. God bless you and your team. Mbuso Msimang's Mother

Mr Ledwaba
Thank you, and the AEC at large. You are really taking care of our children. Just received another amount of R500. Thank you very much. May God increase the AEC capacity at large.

Paul told the meeting last week that the AEC had also now received over R200000 in food parcels which they have been distributing to the needy families. They also help the kids with data so that they can study and take part in online learning classes.
Another project that is going along nicely is the Hlanza Izandla (Wash Your Hands) inter-club effort to aid with sanitising and sanitiser efforts in taxis and taxi ranks.
The first deliveries of Rotary branded sanitising bottles and sanitisers to help keep taxis and taxi ranks spotless and virus free, were delivered to the taxi organisation Santaco a few weeks ago and have been finding its way to taxi ranks to great accolades from those tasked with handing it out.
Standard Bank has already donated R500000 towards this project and will probably be approached for further donations once the current supplies have run out. Staff at the bank have contributed a further more than R5000, matched rand for rand by the bank.
A Date to Diarise: Friday, 15 May at 6.45 pm. Adriaen Sligcher suggested, and with Carol Stier and Sam Deverneuil is following up on a Zoom Quiz Night with participants paying a donation to match their wits in teams of two against other teams. Details to follow soon. And remember, it's Rotary folks, so Google is not allowed!
Birthdays in May: Today: Ava Fenn (3), Graham and Joan Donet's second grandchild. Tomorrow: Sam Deverneuil (36), their eldest daughter, and Karlien Kruger (60). Sunday: Ex-member John Vink (35). 22 May: Graham Donet (66) and 31 May: Christoff Plate (59).
If I've left you out, my apologies, but let Joan Donet or me know your date of birth. 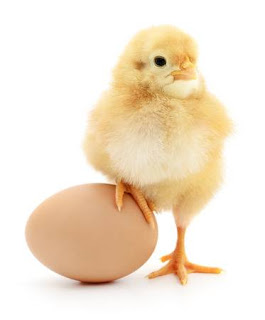 Brag for the Blog: I didn't have to use a single screen-grab photograph for this week. I'll use the opportunity to ask members to please send me photographs to use, especially if they are of Rotarians In Action.
For the blog next week there should be photographs of either chickens or eggs (we don't know which came first) as we'll be telling the story of the donation of 2000 eggs a week that Jankees Sligcher organised for the Salvation Army, following a request from Carin Holmes.
A Thought for Yet Another Lockdown Week: If you destroy a free market you create a black market. If you make ten thousand regulations you destroy all respect for the law. - Winston Churchill (1874 - 1965)