The lockdown quiz last Friday was a fun occasion for a fairly large group of New Dawners, family and friends. There were seven teams, each with a maximum of 6 members, although some teams had fewer.
The Big Six (that's Ian Widdop, Karlien Kruger, Joan and Graham Donet and Linda and me) won hands down, with a score of 25.5 out of a possible 30. Not bad going for a bunch of oldies.
The questions weren't all that easy, but if you know that Alexander the Great was the son of Phillip II of Macedon, the the gunfight at O.K. Corral took place in Tombstone and that Temba Bavuma was the first black South African to score a test century, well then, your team could have won.
It was great fun, with about 30 participants and we raised close on to R7000 for the blanket drive to supply blankets for the cold winter months ahead.
There were three groups of 10 questions each after which teams could discuss their answers (mostly by WhatsApp if they weren't together) and then send in one set of answers to the Quiz Master, De Waal Hattingh.
Amidst all the coronavirus fears and uncertainties it was good to be reminded of other spheres where Rotary plays an important role in the lives of countless of thousands of people all over the world.
One such example is Dr Hekkies Laubscher, an orthopaedic surgeon at the Centre for Sports Medicine and Orthopaedics in Rosebank and also a Rotary Exchange student before he started his medical studies. He was the speaker at the meeting last week in keeping with the Rotary theme for May dedicated to Youth Services.
Heckroodt (it's a family name, he told the club, that he's also passed on to one of his sons) spent his year in Tulsa, Oklahoma, with four families, with whom he and his parents have kept close contact.
He says he now understands that the year was a sort of "structured gap year". The year taught him to be independent at the age of 18 and helped him develop emotional intelligence. It also taught him how to be in contact with many people and to interact with many people.
During the year there he spoke to many Rotary clubs in the area about South Africa.
He hopes to be able to take his sons to the USA for the 30th anniversary of his stay in 2022.
Long term exchanges such as this one require a measure of financial commitment from the club and involvement in placing children with suitable families, but is an aspect of Rotary that is widely known because it invariably involves people outside of the Rotary world.
In keeping with the youth theme President-elect Ian Widdop (a patient of Dr Laubscher, as was Joan Donet) reported that he had made contact with Candice Harris of Forest Town and through her with a Rotarian in Canada, Richard Evans.
Candice is a former long term Rotary exchange student who is now running a feeding scheme for homeless people in Forest Town and the Pieter Roos Park near Empire Road. Rick Evans was her mentor in Rotary (he's mentored some 25 students over 40 years).
The long and short of it is that the Rotary Club of St Catherines in Ontario, Canada, is now keen to become involved in an application for a global grant for the Meriting project with New Dawn. 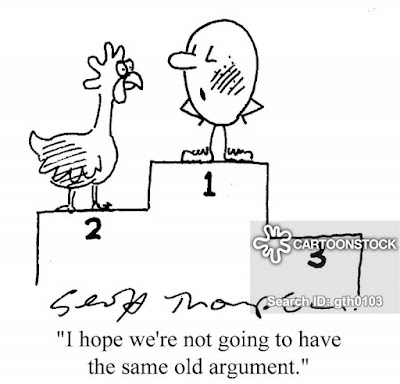 The story of the chicken and eggs started off a little murky, but had a wonderfully positive outcome.
The chickens have to do with Jankees Sligcher, of course. The eggs with feeding schemes.
It all began when Carin Holmes asked Jankees if he could guide the Salvation Army towards a contact where they could buy eggs at a discount price.
Jankees racked his brain, went through his list of contacts and came up with a name of someone who knew someone. The second someone didn't know Jankees at all and in any case had already retired, but knew of someone who could possibly help.
This guy had also retired but gave Carin the number of his son, who'd taken over their business.
It was the son who eventually came to the party and decided to not only donate the 2000 eggs required, but to do so on a regular basis.
It then turned out that Jankees actually does know the retired farmer from way back. The son doesn't want publicity for his humanitarian act for fear of getting more such requests that he cannot meet, but Carin says the eggs have been very welcome.
The eggs are used to feed about 800 homeless people in three different camps in Pretoria. They get two meals every day from the Salvation Army.
"We use them in sarmies, boiled, scrambled, in whatever form they can be used and are very grateful for the donation," she said.
That's yet another way in which Rotary New Dawn people are helping during the coronavirus crisis.
Another is Joan Sainsbury's project with face masks at the Leeuwkop Prison outside Johannesburg.
Joan reported on the WhatsApp group that 12 tailors at Leeuwkop Maximum are hard at work making 8000 masks for the inmates. She says the task is so big that the tailors are allowed to take their sewing machines with them to their cell in the evening to carry on stitching the masks.
The meeting this week will again take place at 7am. The speaker is one of our new members, Christoph Plate of the Konrad Adenauer Stiftung.
Christoph, director of the media programme for sub-Saharan Africa for the KAS, will be talking about his work at the foundation and more about his experiences with Rotary apart from telling us a little more about himself so we can get to know him better.
A Thought for the Next Lockdown Week: But man, proud man, / Drest in a little brief authority, / Most ignorant of what he's most assured, / His glassy essence, like an angry ape, / Plays such fantastic tricks before high heaven / As make the angels weep. - William Shakespeare (1564-1616)