From the fun of the picnic at the end of last year to the sorrow following the untimely death of Janice Angove in a Nelspruit hospital after taking ill on a visit to the Kruger National Park, the start of 2022 has been a sobering experience for many Rotarians.

Janice joined New Dawn in May last year and very soon embraced the club and its ways and was an enthusiastic and committed member. She was at the picnic with her mother and some friends and seemed to enjoy it very much. On Wednesday her mother, Rotary Anns Barbara Angove, was at the meeting alone after PDG Jankees Sligcher and Carol Stier went to fetch her from Benoni. 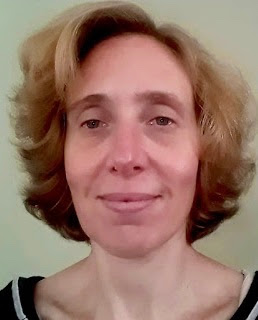 At the meeting Reverend Nick Bell said grace, followed by a moving tribute from President Ian Widdop, who characterised her as the epitome of kindness and said she was a caring and compassionate member and very much involved in club projects and the people we serve. This theme was picked up in her reply by Barbara Angove, who said her daughter wanted to care for everybody. "She embraced everything about your club and its activities." 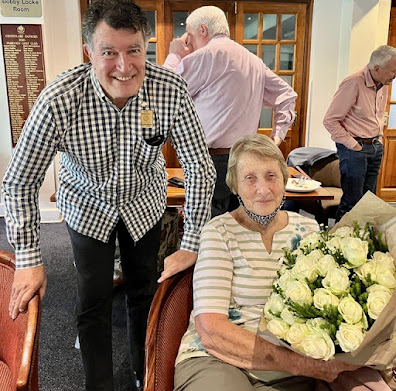 President Ian Widdop and Barbara Angove with flowers from the club

The tribute to a member who made her mark in a very short time and will be sadly missed, was followed by a talk by Paul Jackson, CEO of TUHF, a company which has been promoting urban housing projects for 25 years by borrowing money on the open market and lending it to projects in inner cities to help people to live closer to amenities and their work.

Jackson said South Africa and Africa lag 50 to 100 years behind the USA and Northern Europe with regards to urbanisation, but is facing the same problems as those countries did way back then.

South Africa has a major urban sprawl problem with most people facing 2 - 3 hours a day commuting. The distances that have to be travelled also means that the cost of service delivery is higher. "We need a human settlements policy that promotes urban densification and one that also promotes local economic development," he said.

After a highly successful start to solving the housing problem after 1994, where more than 4 million houses were built, it became clear that this was unsustainable and it changed to a basic site and service policy where settlements lack infrastructure such as roads and sewerage. These areas also lack social infrastructure such as schools, parks and hospitals as well as  administrative infrastructure for existing amenities. 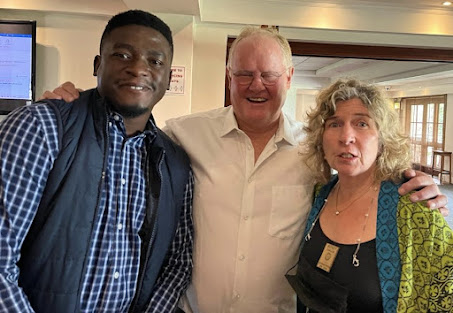 Paul Jackson gets to meet Cuthbert Gumbochuma and Wendy Challis

A country that spends more money on protecting politicians than it does on land reform, cannot be serious, he said.

"Downtown Johannesburg is filled with good, honest people wanting to get on with their lives. There are lots of skelms too, but so are there in Sandton." 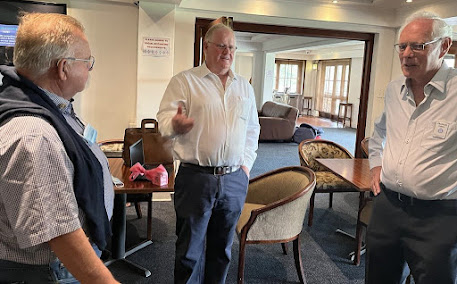 Paul turned out to be the brother of Sarah de La Pasture, our interim president for January, a secret she kept to herself until just before the start of the meeting.

Next week: The speaker next week is club member Babette Gallard, who'll be speaking on the topic of how to minimise the use of plastic.

A Gentle Reminder: Invoices for the club dues for January to June have been sent out and members are urged to pay as soon as possible, as the Rotary International dues will have to be paid by the end of January. Please remember that your dues must be paid within 30 days of receiving your invoice, unless you have made arrangements to pay it monthly.