A Picnic to End the Year

The rain stayed away long enough yesterday afternoon to make for a very relaxing New Dawn picnic, the final function of a very busy and notable Rotary year.

About 30 people joined in at Marks Park in Emmarentia, a solid turnout for the time of the year and all the new Omicron fears, at the beginning of the festive season.

There was much to celebrate and in typical New Dawn fashion, celebrate we did. 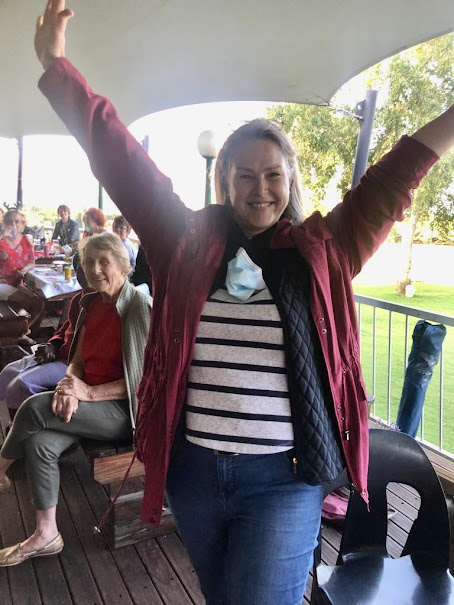 First up, the very first winner of the Power of Pennies was drawn. Around R10000 was collected from club members and friends for the first four months of this fundraiser that is aimed at keeping the club coffers full in the absence of the more usual efforts in the pre-Covid world.

Carol Stier, who coincidentally was the very first person to sign up, was the lucky winner of a R5000 guaranteed prize to mark the first draw. If that isn't an incentive to sign up (contact Sarah de La Pasture to do so) then I don't know what is.

Sarah put in a lot of effort to ensure the first draw was a success. 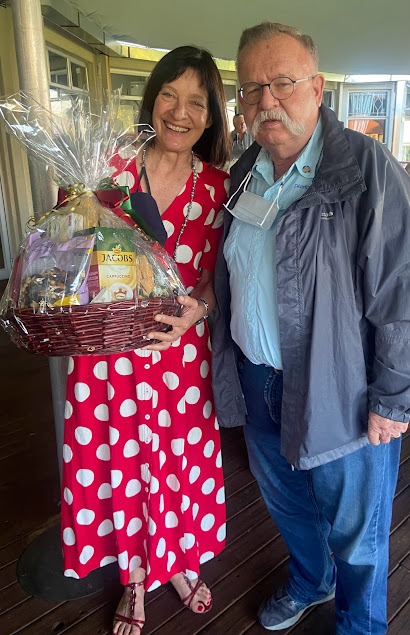 Linda Vink handing over the raffle prize to Jankees Sligcher 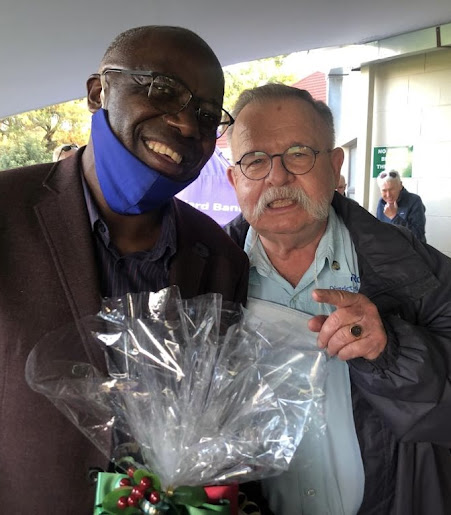 Jankees handing the hamper to Paul Kasango after donating it

The second big winner for the evening was Jankees Sligcher, who won the raffle prize of a hamper worth R1500 donated by Linda Vink and Carol Stier.

Jankees had no sooner taken possession of it than the spirit of Rotary giving took hold of him and he handed it over to Paul Kasango, to donate to the deserving staff at Woodside Sanctuary as an early Christmas gift.

The third winner was Janice Angove. The prize of a hamper was meant for the best picnic spread but our judge and MC for the evening, Graham Donet, decided that because the competition was so stiff, he would award it to the best home made dish as part of a deserving spread. The prize went to Janice for her delicious looking Christmas stuffing cake. 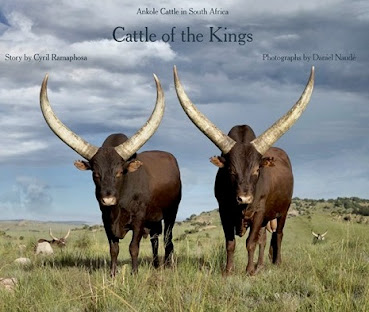 Graham also auctioned a parcel of books donated by Amina Frense and Ronnie Kasrils. The couple couldn't be at the picnic because Ronnie was a the official launch of his latest book, International Brigade Against Apartheid. He donated two copies for the auction.

Another offering was the magnificent Cattle of the Kings, the story of Ankle cattle in South Africa by President Cyril Ramaphosa, here in his guise as cattle rancher. The books raised almost R3000 and the club pocketed almost R7000 in total for the evening. 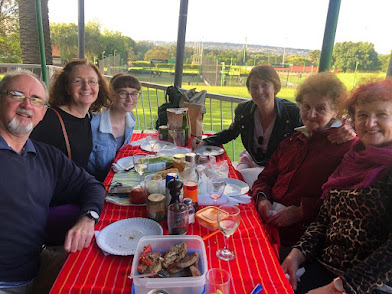 The Atkins family and friends on the veranda

The Channons preferred the lawn 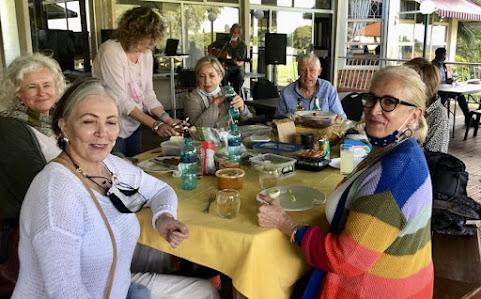 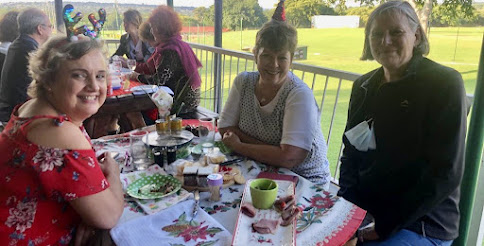 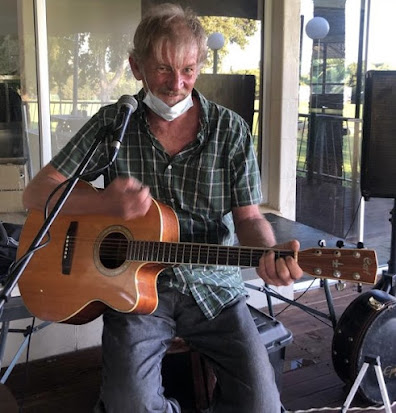 Music for the evening was provided by Richard Jones, who is becoming a fixture at New Dawn events this time of the year. Richard plays a whole array of music that baby boomers like us know, appreciate and enjoy.
He wasn't the only star turn of the night, though. 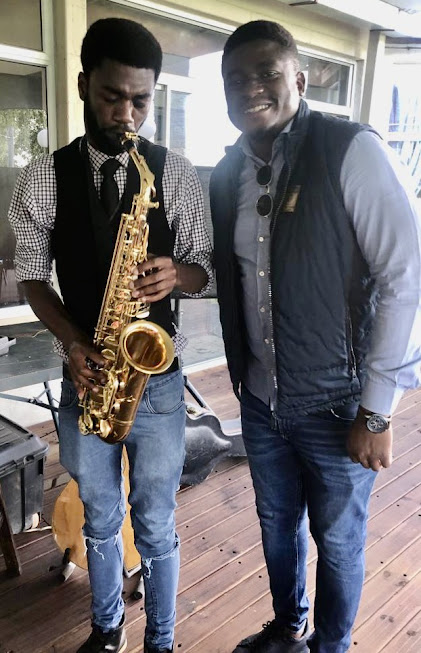 Cuthbert Gumbochuma brought his friend Norbert Kayombo along. Norbert is a saxophonist and turned out to be a very, very good one. He played a stunning set to much applause during one of Richard’s breaks.
He was followed by an equally brilliant set by Nic Stier, Carol’s husband, no doubt to celebrate her winning Power of the Pennies streak.
There was some dancing, some singing, lots of eating and drinking and an adequate amount of masking and social distancing to see off the Rotary year.
See you all again for the first meeting at the Parkview Golf Club on 12 January 2022. 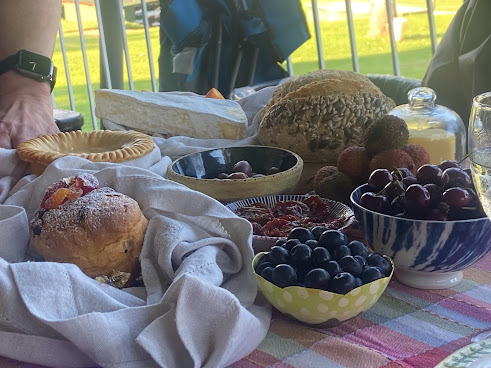 Carol Stier's elegant picnic makes a fitting finale to the final blog for the year
A Lasting Thought for the Weeks Ahead: We are all born ignorant, but one must work hard to remain stupid. - Benjamin Franklin )1706 - 1790)
Posted by Mike Vink at 14:37