Two Speakers for the Price of One

Two speakers on one day made for quite a hectic meeting on Wednesday evening. Two such brilliant speakers gave us all a lot to think about.

First up was Emma Franklin, a young lawyer about to embark on a career as a barrister in the United Kingdom, who was fortunate enough to find a place as a legal researcher with the Zondo Commission of Enquiry into Allegations of State Capture for the past 10 months.

She said she found herself seeing and reading things that she could not believe; that she felt like she was a junior doctor being expected to deliver her first baby alone and at short notice.

What she learnt was that there had been a very clear modus operandi in how procurement laws were subverted during the time covered by the commission.

She emphasised that a commission is a fact-finding exercise and believes the Zondo commission has done a great job in uncovering the years of malfeasance during the Zuma years. There was a pattern of corruption rather than just random acts of corruption. The commission also uncovered the role of the private sector as an enabler of corruption.

There's still a log way to go, though. More people need to be sent to jail and more stolen money needs to be paid back. Looking to the future, the recommendations of the commission will be far-reaching and difficult political decisions await President Ramaphosa. 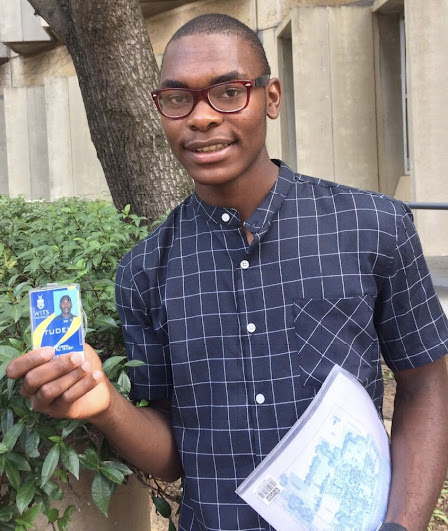 Serokane Lesoka, a 5th year medical student at the University of the Witwatersrand, is tied to the Rotary Club of Johannesburg New Dawn in quite a few ways: he got through school with the help of the Alexander Education Committee, whose director is Paul Channon, a New Dawn member. The school was Highlands North High, where Mimi van Deventer, another member, teaches and the headmaster there, Mike Masinge, has expressed great interest in joining New Dawn.

Not only does Mr Masinge want to join, he also wants his school to be part of the Rotary seedling project, where New Dawn has taken a leading role through the efforts of Brendon Martens, Danny Geddes and of course President Ian Widdop.

Serokane ended up with five distinctions in Matric (one of them for Afrikaans thanks to Mevrou Mimi, as he called her).

Serokane was granted an AEC bursary in Grade 8 after failing to get one the previous year. The following year his mother died and after living with an uncle in Edenvale for a year, he was left with the choice of going back to Alexandra township on his own, or to his grandmother in Tzaneen.

He chose Alex, where he lived alone in a cardboard shack in a dangerous part of the township and continued going to Highlands North High until one day, after noticing that his marks were dropping, his Maths teacher realised something was wrong.

Through the AEC he met the Barrow family of Barrow Construction, a donor company to the AEC and they gave him a room at their Wynberg premises, where he still lives while tackling his Wits courses. 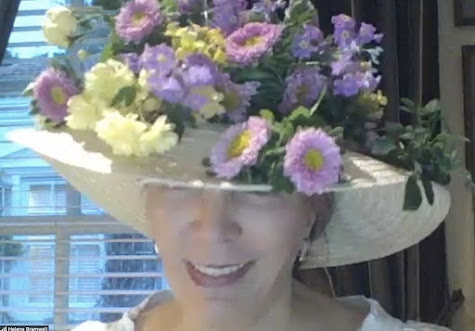 The meeting next week is on Spring day, 1 September and to celebrate, the club will be meeting at Zoo Lake. A part of the proceedings will be a tree planting of a wild olive donated by New Dawn.

The speaker is Megan Maynard of The Link Trust. September is Rotary's Basic Education and Literacy month.

Another exciting part will be the induction of five new members by our September president, Graham Donet.

Babette Gallard and Joan Sainsbury have promised that there will be a coffee kiosk with muffins and rusks available, so make sure you have a bit of cash on hand for that.

The theme is Spring Bonnets (for the ladies) and Bowties (for the gentlemen). The best in the two categories will win a hamper.

President Graham has promised some more great speakers for September, amongst them Hillary Biller talking about heritage food (September is also Heritage Month) and our own Ronnie Kasrils. Remember also the DG visit later in September.

Our thought for the week comes from a quote used by Serokane Lesoka with which he ended off his valedictorian address in Matric in 2016, according to Paul Channon.