The Things Rotarians Have Done

The first New Dawn evening meeting last night was a great success and looks to become an institution, even when we eventually manage to get back to face-to-face meetings. Given that the third wave of Coronavirus infections seems to have peaked, that might be sooner than we think. Or not.

My barber, Fred Moss, who recently celebrated 50 years of cutting hair in Melville, has just had an eye operation and when asked, he said he could see so well now he can see two weeks into the future. And what does it look like, somebody asked? Very bad! A bit off a stuff-up, he replied, although those weren't his exact words.

The future aside, the meeting was all about the present and the past, as three members introduced themselves and spoke about their lives up to and including becoming Rotarians. 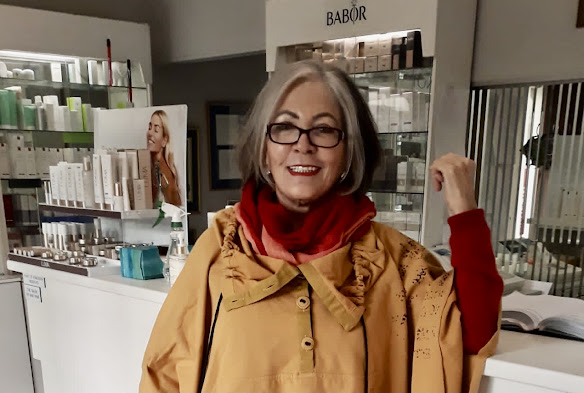 First up was Helene Bramwell, founder and owner of The Mask Skin & Body Clinic on Tyrone Ave in Parkview, Johannesburg. Helene started The Mask in 1971, so has also been around for 50 years, a remarkable feat.

Helene became a skin therapist, for which she trained formally and has been a champion of the wellness industry in South Africa. She is also the founder of Donate a Loo, which strives to place toilets at schools to replace dangerous pit toilets.

I can remember thinking when she first joined New Dawn and after reading her CV, that here was a candidate for President (of South Africa or the world; this blog doesn't get involved in Rotary politics).

Helene has, in her own words, two wonderful children from a first, very early marriage and now two grandchildren. Her second husband, Gerhard, who she said was her soulmate, died a few years ago. 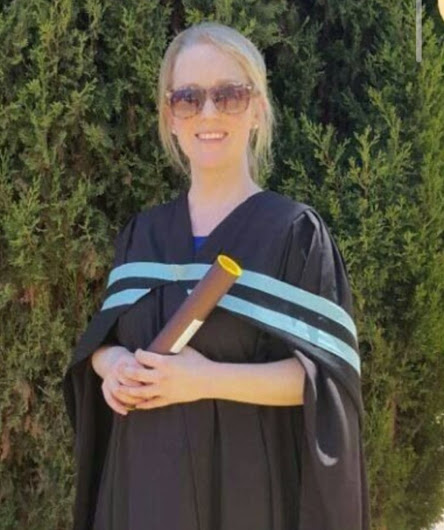 Danny Geddes at a graduation ceremony

Danny Geddes introduced herself as one of the newer members New Dawn, part of the 2021 intake of some 17 members, not all of them first-time Rotarians. Danny came to New Dawn via the Rotary Club of Claremont in Cape Town, where her mother is also a Rotarian.

Danny was born in Zimbabwe and grew up in Kloof, KwaZulu-Natal with her mother and sister. She started off studying business science at UCT before becoming a professional chef through the Silwood School of Cookery, a prestigous cookery school in Cape Town.

She says she spent some time helping to start up new restaurants and training staff in Durban restaurants before deciding that kind of life wasn't for her (the restaurant business is notoriously cutthroat) and studying for a B Comm (Economics).

Danny has been consulting for the past few years, most notably for the Urban Agriculture Initiative, which has overseen the establishment of the two seedling farms at the National School of the Arts in Braamfontein, one of which was funded by a Rotary grant through New Dawn and a few other clubs.

Danny also does a lot of consulting work in townships in and around Gauteng and is learning to speak isiZulu. 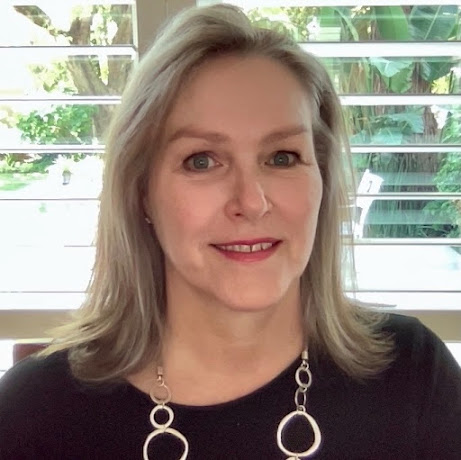 Carol Stier is a journalist by trade

Carol Stier is one of a number of journalists at New Dawn and describes herself as a "plain old hack" who has been a general newshound for 34 years.

Carol started at the Benoni City Times in 1987 as a cub reporter and has worked at The Citizen, where she was a very successful columnist, acting news editor and Pretoria Bureau chief, the now defunct South African Press Association (Sapa), Business Day and Times Live.

In her talk she told many an entertaining tale of all the stories she has covered as a journalist, including the 1994 British elections.

Her grandfather and father were also Rotarians, her father being District Governor in 1995. Carol joined New Dawn in 2015 and within a year became secretary (in my year as president) and then a very successful president. 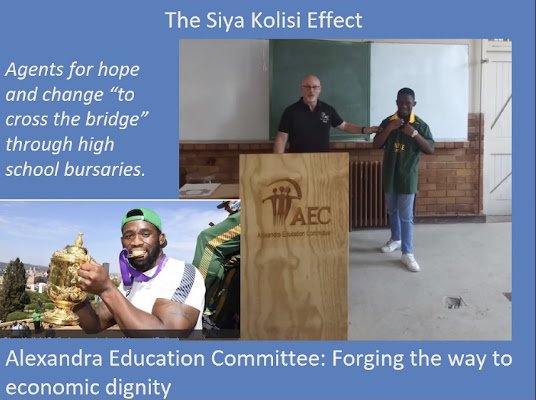 Paul Channon rounded off the speaker list with a short presentation on the Alexandra Education Committee of which he is director. The AEC has been a beneficiary of New Dawn, most notably when they decided to start up a feeding scheme after the first lockdown last year cost many of the Alexandra beneficiaries of their bursary scheme and their families, their jobs and source of income.

He said that the situation in the township, just over the freeway from Sandton CBD, the richest square mile in Africa, has been greatly exacerbated by the looting earlier this month and thanked the club for the contributions towards supplying e'Pap to the AEC. The fundraising initiative raised R14 090,25.

Paul was followed by Ian Widdop, who announced that the next acting president would be Carol Stier (August) followed by Graham Donet (September), myself in October and Jankees Sligcher in November.

Ian also spoke about the efforts to include New Dawn in a cluster of local Rotary clubs to get involved with Disaster Aid International, a Rotary affiliated organisation and informed the club about his attempts to apply for a $2 million special Rotary International grant for the seedling project.

Next week: The speaker next Wednesday (at 7 am again) is Sonja Shear, membership chair for District 9400. New Dawn has alsobeen invited to attend an Expand Your Network meeting on Tuesday at 6.45 pm organised by the Rotary Club of Johannesburg where New Dawn will be able to attend a breakaway meeting with the Rotary Club of Montego Bay in Jamaica in an effort to expand our worldwide contacts.

A Thought for the Week: The illusion which exalts us is dearer to us than ten thousand truths. - Alexandr Pushkin (1799 - 1837)