Planting the Seeds of the Past

Can a vegetable have a story? Can it have a history and aspect? The answer is yes if it's an heirloom vegetable. That's the story that our speaker this week, Melissa de Billot, told the club. Melissa, for those who couldn't make the meeting, is passionate about heirloom vegetables.

She likes eating them, not so much cooking them (in her own words she can't claim to be much of a chef) but she certainly likes growing them and talking about them. 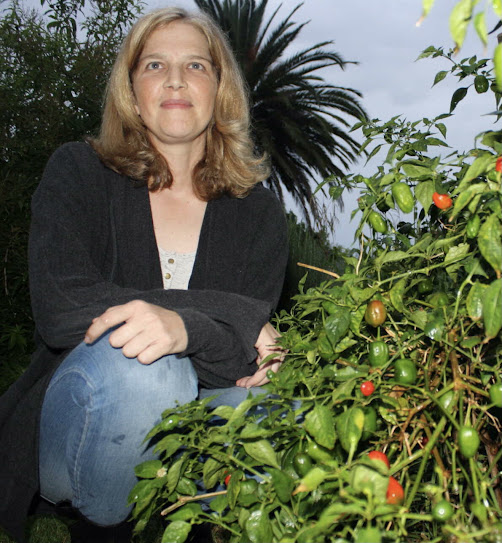 Melissa de Billot with an heirloom tomato vine, in a photo from the Internet

Although she's an architect by trade, Melissa is a food warrior, propagating the message that a valuable part of human history is being lost as fewer and fewer heirloom veggies are grown, produced and consumed.

Most of what remains are kept by farmers, passed on in families over generations. But farming has been transformed over the past few generations as populations grow and the demand for mass cultivation grows with it. 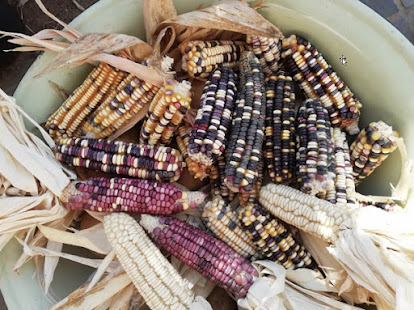 Rainbow maize in many different hues

She used maize as an example, available in the modern world as either white or yellow (sweetcorn) with almost nothing else. Yet historically there were tens of thousands of different strains of maize. She describes the local so-called rainbow maize as far tastier and having a much more old-school and more earthy flavour than commercially grown products.

Food has become a commercial commodity and producing farms have become further and further away from cities, meaning people have lost their ties with farmers and the unique crops they once grew.

Heirloom tomatoes are particularly rewarding to grow, she said. Tomatoes have become thicker skinned because it makes them easier to transport, but at the same time they've lost most of their taste.

But, she said, if you want to eat heirloom vegetables, you'll have to grow them yourself. Very few are available in shops and markets. 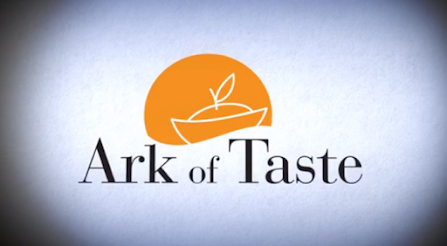 Ark of Taste is part of the Slow Food movement

Melissa said she's become part of Ark of Taste, within the worldwide Slow Food movement, who aim to preserve heirloom food cultures all over the world. The database already has more than 5 000 heirloom products from 150 countries, of which there are some 60 South African types. These don't only include heirloom vegetables, but also for instance Afrikaner cattle, Amani, Rex Union Oranges (they're on sale now at the Cheese Gourmet in Linden if you want to make the best marmalade, she said) and wild rooibos.

The annual blanket drive is an inter-club effort by clubs in District 9400 and the blankets, specially made for single beds, come from Sesli Blankets. They're still being manufactured and will probably only be available next week, when the present cold spell looks set to continue.

Upcoming meetings: There is NO MEETING this coming week, as the Wednesday falls on 16 June. There is also NO MEETING on the following Wednesday, as we'll be getting together on Zoom on Friday 25th June to see in the next Rotary year with President Ian Widdop remaining at the helm.

The speaker during the special Friday meeting is the journalist and academic Prof Anton Harber, talking about his latest book, So, For the Record, about the media and state capture.