Getting to Know New Members

Nine new members in a month must be some kind of Rotary record and the end is clearly not in sight yet, as there'll be a fireside chat with Linda Hamilton on Monday with a view to inducting her soon.

This is the biggest the club has ever been (45 active members) and heralds a new chapter in Johannesburg new Dawn's 12-year-old history.

To help integrate the new members into the club President Ian Widdop has asked each new member to speak about themselves for about five minutes by way of introduction to present members.

The first three did so last week and the others will follow. 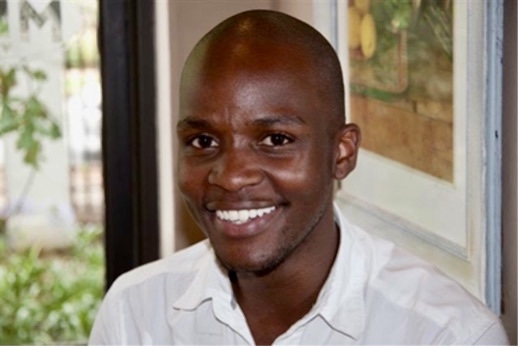 Getting to know you ...  Welcome to New Dawn, Matlaba Pitjeng

First up was Matlaba Pitjeng who said in answer to the question,  Who am I? that he's an optimist; that he is task driven; and that he is very time conscious.

Mat comes from a large family of 11 children, 5 boys and 6 girls. He was the tenth in line.

Mat said he'd never even heard of Rotary until he met up with Joan Sainsbury about two years ago at the Leeuwkop prison where he works in as a mathematics teacher and facilitator with inmates, and where Joan does so much good work.

Mat says he firmly believes that collaborating with others leads to better solutions and that he really wants to leave the world a better place one day.

"Service is the foundation of greatness," he said.

He's passionate about literacy, fired up by meeting a Grade 8 girl at Waverley Girls' High where he taught mathematics, who couldn't read and write, which had never been picked up by anybody.

"Any project I'm involved in, must have something to do with education," he said. 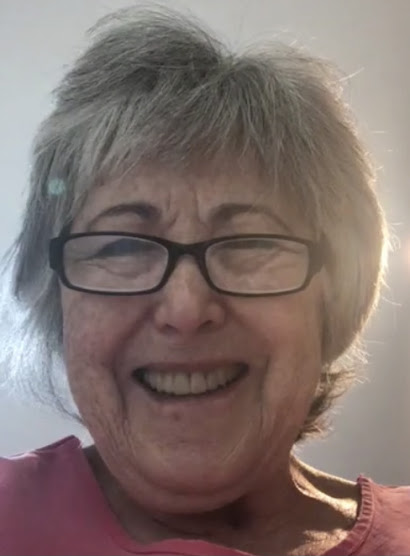 Mat was followed by Jeni Lobel, who described herself as "committed with a tad of chutzpah", that good old Yiddish expression for extreme self-confidence or audacity.

Jeni hails from Zimbabwe and has been involved with farming and food all her life.

"I've spent the last 15 years in outreach with food orientated endeavours and had worked with the Rotary Club of Rosebank before. I've worked with many NGO's and it gets lonely out there working on your own."

She says she believes that through Rotary and with New Dawn, she can contribute much more than she could on her own.

Karen Harkema at the induction at The Wilds

Karen Harkema took President Ian's request to use an adjective that starts with the first letter of your name to best describe yourself, to heart and said she considers herself kind-hearted and knowledgeable. She could have added artistic to that, but it doesn't start with a k.

She's the oldest of three children, is married and has two children of her own, a son at university and a daughter at high school.

Karen said she regards herself as a good planner and a good organiser.

She studied computer science at the then Rand Afrikaans University and comes from a family of IT buffs; both her father and sister are computer programmers.

She loves teaching and has in recent years concentrated on her art.

She hopes to use her membership to build bonds with other Rotarians. 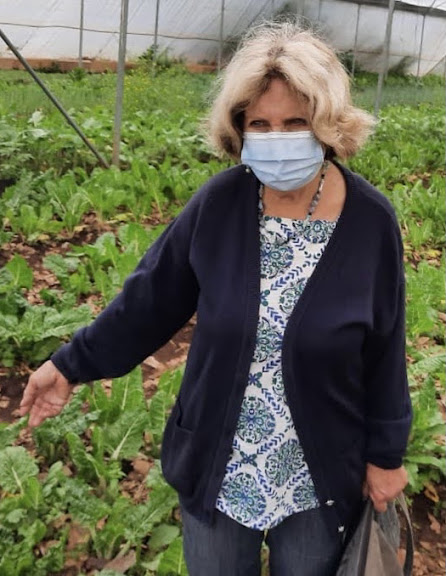 Lucille Blumberg amongst the seedlings

In her weekly update Lucille Blumberg again said it is a pity that the vaccine rollout is going so slowly and that the suspension of the American J&J vaccine would only be temporary. She said the J&J and Astra-Zeneca vaccines are the two most ideally suited to South African conditions because of the relatively easy storage conditions and the fact that the latter is a single shot vaccine.

The risk for patients who are hospitalised with Covid is much larger than the very small amount of incidences of clotting that have been reported after the vaccine has been administered.

She emphasised that family and close friends have become the major source of the spread of the infection and urged members to practise masking, distancing and sanitising and to have a flu injection as soon as possible.

Lucille also appealed to members for help at The Ark, the school in Hluwekane in Bushbuckridge bordering the Kruger National Park that she and her colleagues at the National Institute for Communicable Diseases have been helping for a number of years.

The school obtained funding for a new classroom, but now has to add the roof, for which there is no funding.

Salads in the sky from the Urban Agriculture Initiative

Next week: The speaker next week will again be Brendon Martens of the Urban Agriculture Initiative, the driving force behind the seedling farm that New Dawn has funded at the National School of the Arts in Braamfontein. The UAI supports and supplies rooftop gardens, sidewalk feeding schemes and many similar initiatives in and around Johannesburg to keep communities fed.

The seedling farm has progressed by leaps and bounds and will be delivering around 15 000 seedlings a week by June and Brendon will be asking for favourite Rotary projects to which these can be delivered. Members involved in urban farming projects should be ready to send the details to him.