A chance encounter with a Down's Syndrome boy while giving his son surfing lessons in Cape Town, was the narrative link that fired the filmmaker Lee Doig's imagination to write a script highlighting the heroin scourge in Durban.

That's a bit of a leap, but how he did that was the subject of Lee's talk to the club on Wednesday.

With the scripts of the pilot episode of Woonga (the name addicts give to their scary recipe for heroin highs) already written, Lee and his partners are now looking for financing of some R22 million to get the project going. 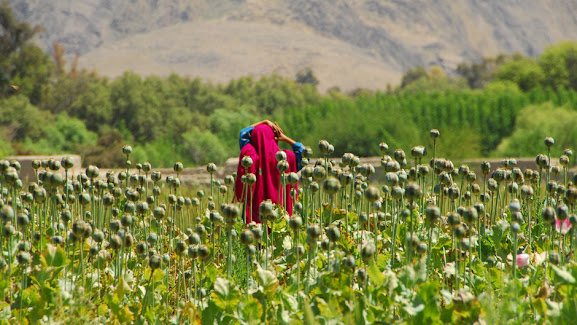 A poppy field in Afghanistan, from where a lot of the world's heroin originates

They're confident that once the first episode (which could apparently turn into a feature movie) has been filmed, they'll get funding to make more episodes from a streaming service such as Netflix.

They're so confident in the power of the script, in fact, that Lee was prepared to share it with members and guests who asked for it. If you've had the chance to read through it, you'll know that it has all the makings of a very powerful series with a story about lost hope that has the prospect of courage and tantalising possible redemption just around the corner.

Lee told the club that he had come across Woonga Park in Durban while working on a shoot there. Woonga Park is an area under the ribbon of motorways entering Durban that the police have cordoned off for woonga addicts (the drug is called nyaope in Gauteng) and their pushers where an eye can be kept on them. 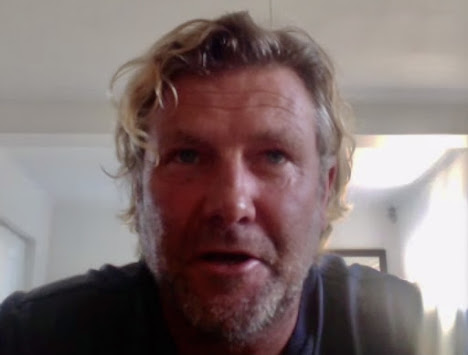 Lee Doig reporting for his breakfast talk with New Dawn

There they mix heroin with Rattex and anti-retrovirals and smoke the mixture covered by a municipal garbage bag to intensify inhalation.

He said the heroin comes to South Africa from the poppy fields of Afghanistan via Zanzibar and lands in the hands of unscrupulous pushers whose main aim is to keep as many users as possible hooked on their concoctions and for as long as possible. The users fund their habit from the proceeds of crime, all aspects which are covered in the script.

It makes for harrowing reading in places, but it is eventually a story of hope, embodied in a female character who strives to help the addicts against many odds, and also based on the fact that a similar problem in Portugal was eradicated about five years ago with methadone treatment. As with so much in South Africa, the solution is there, but not always the will for as long as people like the pushers and the police are profiting from not resolving the problem. 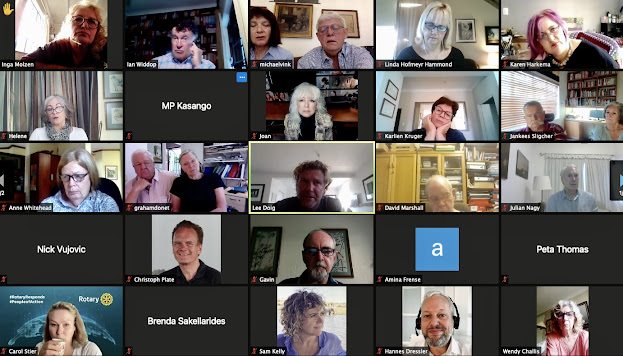 A screen shot of the first page off the Zoom meeting participants, with some of the visitors visible

There was a bumper turnout for the online meeting. By my account we totalled 23 (out of 36) members plus honorary member Carin Holmes and 18 guests, mainly thanks to Joan Sainsbury and Helene Bramwell.

You can be sure that in true New Dawn style, many of them are already getting their arms twisted to join the club and create the opportunity help change the world. 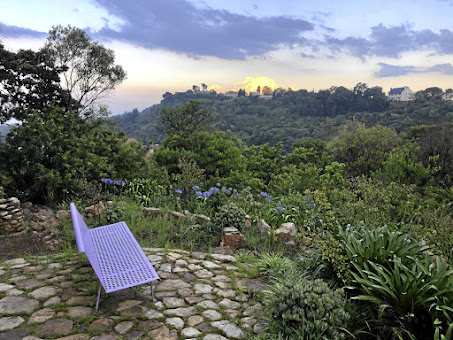 The Wilds in Johannesburg, 40 acres of indigenous bush in Houghton, on the Witwatersrand reef

Next week: A reminder that the artist James Delaney will be the speaker next week. James took on the daunting project of cleaning up The Wild in Johannesburg and making it a safe place to visit again, with much success. He will be talking about how this was done and what the future holds.

James has been working at The Wilds for a number of years now. An effort which started off with trimming back a few trees has become a large project of restoration and rejuvenation, as he describes it on his website.

He has examples on the site of a number of artworks he created  to reward donors, and offers prints of these for sale to raise more funds. Amongst them are prints of his iconic statues in the park, and of the owls in the owl forest. 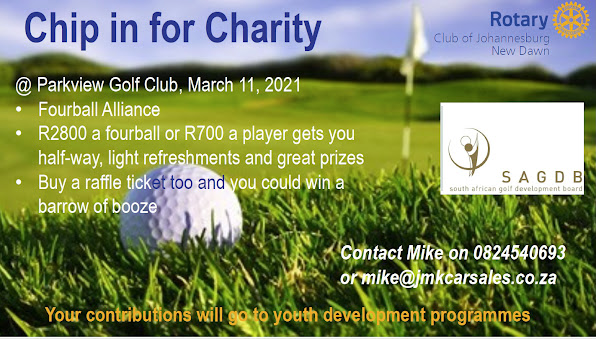 Reminder: Don't forget the Golf Day on Thursday, 11 March. Raffle sheets have been sent out and each member should try to sell at least one sheet to those few people you manage to come into contact with during these trying Covid-9 lockdown times.

Because of the coronavirus it will not be possible to sell raffle tickets on the pavements of Parkview as we've done in past years, so we're relying on the task being spread out to all members.

There has also been a call to members to try to arrange golfers (it costs R2800 per four ball) and also to try to get donations for prizes (at least four similar prizes) and also sponsorships to help cover the costs of mounting an event such as this.