People in the performing and visual arts are known for their get-up-and-go attitude to life, often because they don't really have a choice. If you're not going to market yourself, you have to pay somebody to do it and then you still have to be involved.

Artists are also known for being individually minded and not organised as an industry in the way that, for example, the other great entertainment industry of sport is.

But, as they say in Afrikaans, Die nood leer bid which translates to Necessity is the mother of invention, more literally to, If choices are limited, ask (pray) or that other well-known South African idiomatic expression, 'n Boer maak  'n plan!

That all looks set to change, according to Bridget van Oerle, the speaker at the meeting this week. 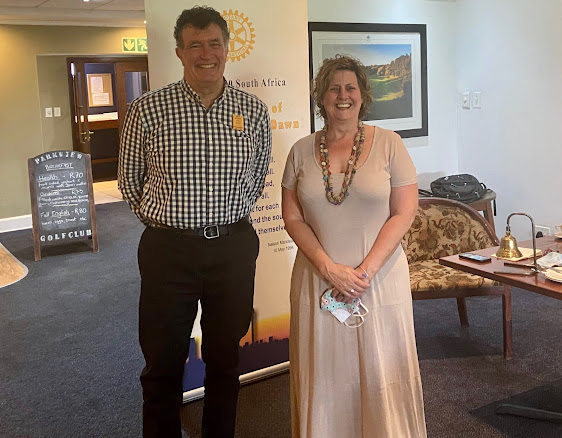 Bridget has a lifelong association with the theatre and started her agency, BUZ Publicity, a PR, events and media liaison company, 24 years ago with clients such as Pieter-Dirk Uys, organisations such as Wits Theatre and charities such as 67 Blankets for Mandela.

She spoke on the theme of what artists have been doing during the crippling lockdown months and said this can broadly be broken down to volunteerism and attempts to forge new unity in the industry.

The first has taken many forms, with individuals and groups trying to raise funds for charity online and, as an example, an ongoing feeding scheme in Machadodorp in Mpumalanga for about a thousand people over the last four months. 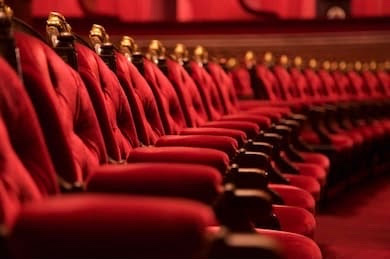 While theatres stand empty, the industry is trying to unify to face a post-Covid world

The second has seen a push to create an industry specific body with its own constitution to represent the industry as a whole and create unity within the industry. Bridget says the process of meetings and consultation amongst diverse interest groups has been very rewarding.

She was recently a driving force behind the movement I'm for the Arts, with the tagline Atists' lives matter. The organisation hopes to spread the word amongst artists and all South Africans to push government to take the arts sector more seriously and recently organised a march to the Union Buildings  in Pretoria to press home their demands. 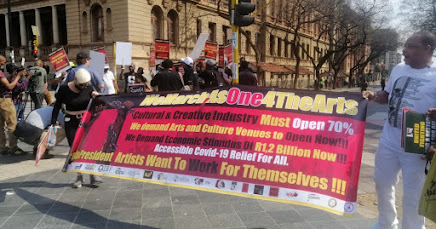 We are marching to Pretoria ... artists march on the Union Buildings

She said the most heartening and inspiring thing has been to see artists who have not being able to work over the past months, banding together to give of their time and talents to help others.

What the industry needs most of all, is for people "to start buying tickets again for live shows" once that is again permitted.

The speaker at the meeting next week is a more local one, none other that President Ian Widdop himself. President Ian told the meeting that a number of members had been speaking to him about club and member projects and he thinks a discussion around that theme would be timely. 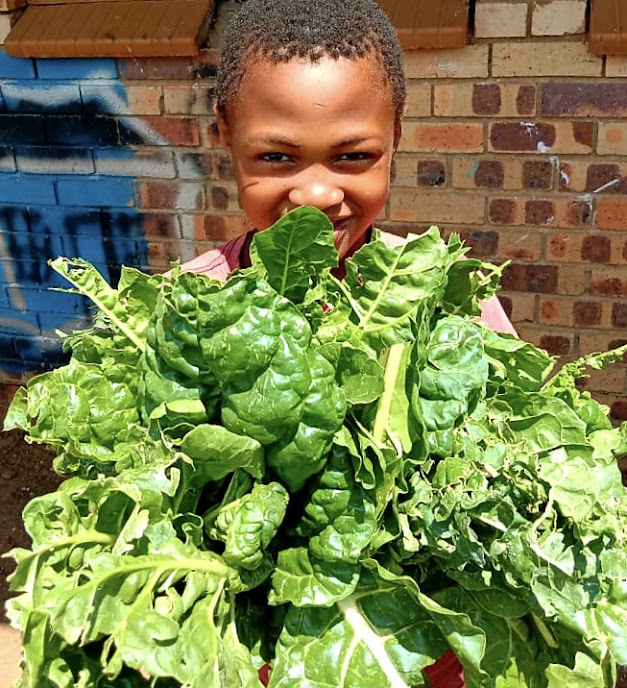 Seed donations by New Dawn led to a bumper crop at Umbuyisa School of Arts & Culture in Soweto, the kind
of project President Ian Widdop is punting during lockdown,
Fundraising has become ever more difficult during the dragging and draining coronavirus crisis because it is proving almost impossible to get out there and do the hard yards.

Ian told the club that on reflection he thinks the emphasis could be shifted from raising actual funds on a bigger scale to providing service where the need is greatest.

Your thoughts along these lines will be invaluable. 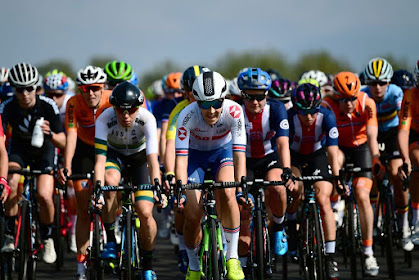 Fundraising will also come into play at a meeting of the fundraising committee on 10 November at 5pm at Twickenham Guest House (66 Twickenham Ave, Auckland Park).  Some drinks and snacks will be supplied.

The committee has said all members are welcome, specially those with well thought out proposals for fundraising in the post-Covid world that they are prepared to champion themselves. While brainstorming often yields good results, it's not very practical to say, for instance, "Let's do a cycle race" if you don't know if there's place on the calendar and whether it would be supported, etc.

Julian Nagy will be sending out an e-mail to all members with more details for the meeting. 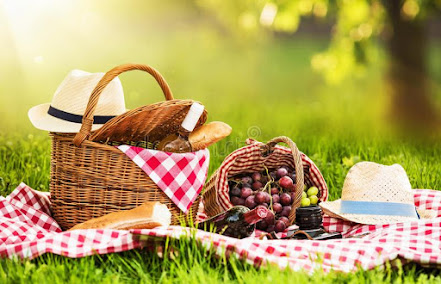 There's a picnic basket full of goodies in your future

For a more immediate fundraising effort, please diarise Friday, 4 December from about 4pm, the date that the annual Christmas dinner would've taken place.

We've cancelled the Marks Park event on advice from Lucille Blumberg to rather err on the side of caution and will instead arrange a picnic at George Hay Park in Parkview, weather permitting. It's next to St Columba's Church in Lurgan Ave.

Lucille said that although a second surge does not look on the cards for now, preventing the spread of Covid-19 through non-pharmaceutical interventions such as social distancing, hand sanitising, wearing masks and only meeting in well-ventilated places, is critical.

The idea is to provide picnic baskets at R500 for two people, or R250 each, which would've been the price at the Festive Dinner, and hold the event outdoors, a far safer option. You'll need to bring your own picnic blankets, camping chairs and drinks.

All suggestions as to where to find the baskets (Fortnum & Mason do a good basket, but at exorbitant prices!) what to put in the baskets and offers to help provide such fare, will be most welcome.